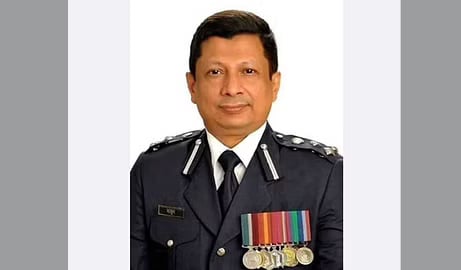 He took the charge from outgoing IGP Dr Benazir Ahmed. On his arrival at the
headquarters, Mamun was given a guard of honour along with floral greetings
this afternoon.

Mamun was serving as the director general of the Rapid Action Battalion RAB)
before his appointment as the IGP.

Soon after taking charge, the newly appointed IGP went to Dhanmondi 32 and
paid homage to Father of the Nation Bangabandhu Sheikh Mujibur Rahman and
placed a wreath to the portrait of Bangabandhu and signed the visitors' book.

He joined Bangladesh Police Service as assistant superintendent of police
(ASP) on December 20, 1989.

Mamun served in various capacities in the police force with professionalism,
dedication and excellence.

Born in Sunamganj in 1964, Chowdhury Abdullah Al-Mamun completed his
graduation and post-graduation in sociology from the University of
Chittagong.

Mamun has made outstanding contributions to UN peacekeeping missions in
Bosnia-Herzegovina, Liberia and Darfur.

He participated in several prestigious professional trainings at home and
abroad.