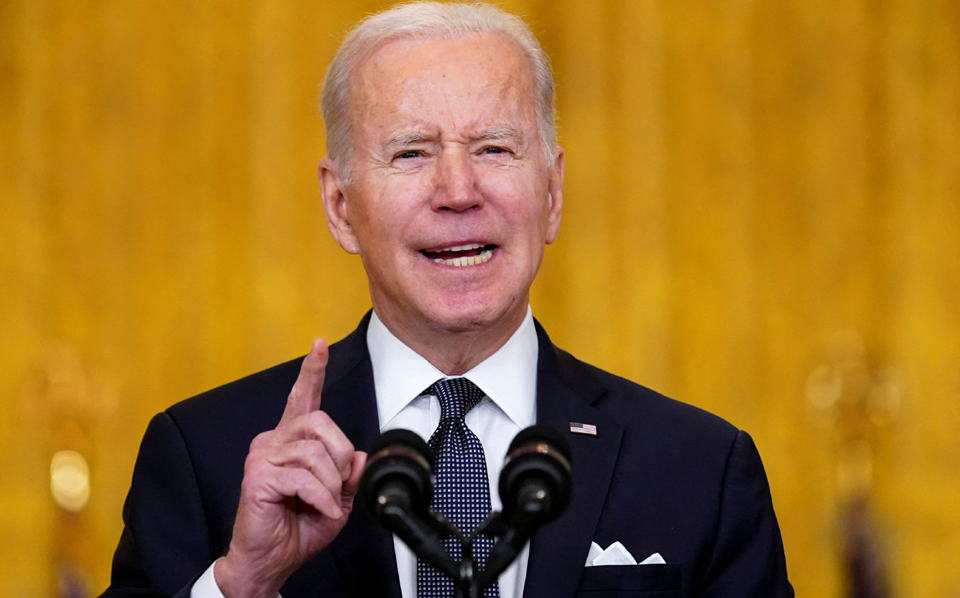 WASHINGTON, Sept 30, 2022 (BSS/AFP) - US President Joe Biden vowed Thursday to "never, never, never" recognize the results of Russian-led referendums in Ukraine, which he called a "flagrant violation" of international principles.

"I want to be very clear about this. The United States will never, never never recognize Russia's claims on Ukraine sovereign territory," Biden said as he met Pacific Island leaders in Washington.

"The so-called referenda was a sham, an absolute sham. The results were manufactured in Moscow," he said.

"The true will of the Ukrainian people is evident every day as they sacrifice their lives to save their people and maintain the independence of their country," Biden said.

Referring to President Vladimir Putin, Biden said, "Russia's assault on Ukraine in pursuit of Putin's imperial ambitions is a flagrant violation of the UN Charter and the basic principles of sovereignty and territorial integrity."

The Kremlin said that the annexation of four parts of Ukraine would be formally announced on Friday, with Putin delivering a speech.

Putin has made veiled threats to use nuclear weapons to defend the territories, amid Ukrainian gains on the ground against Russia, which invaded on February 24.

"The Kremlin's sham referenda are a futile effort to mask what amounts to a further attempt at a land grab in Ukraine," Blinken said in a statement.

The votes came in areas controlled by Kremlin proxies and follow a playbook in 2014 when Russia took over the Crimean peninsula.

Blinken earlier called the latest votes part of a "diabolical scheme," saying that Ukrainian residents were forced out and Russians bussed in, with the results themselves also under question.