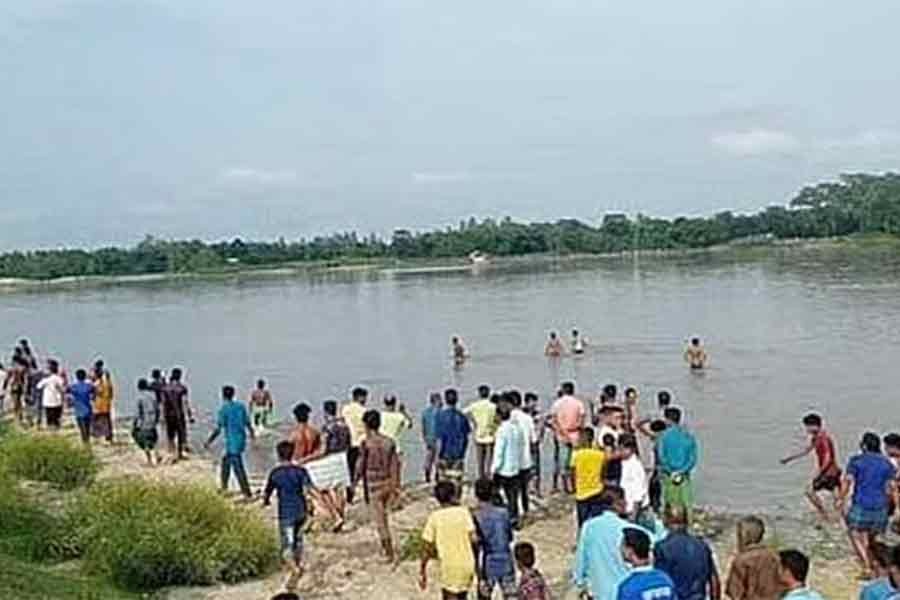 PANCHAGARH, Sept 27, 2022 (BSS) - Death toll reached 68 and at least 11 others remained missing in the boat capsize in the Karatoya River near Auliya Ghat under Boda upazila in the district.

In the rescue operation, 18 more bodies have been recovered till filling the report since the morning today after a boat capsized in the Karatoya River on Sunday afternoon, Boda Police Station Officer-in-Charge (OC) Sujoy Kumar Roy said.

Earlier, 24 bodies have been recovered on Saturday, 26 on Sunday after a boat carrying over a hundred passengers beyond its capacity capsized in the river in northern Panchagarh district.

Passengers were going to Badeshwari temple on the occasion of the celebration of Mahalaya, the auspicious occasion heralding the advent of goddess Durga.

The bodies of those identified have been handed over to their relatives, the DC added.

At least 70-80 people were rescued alive following the incident, he said.