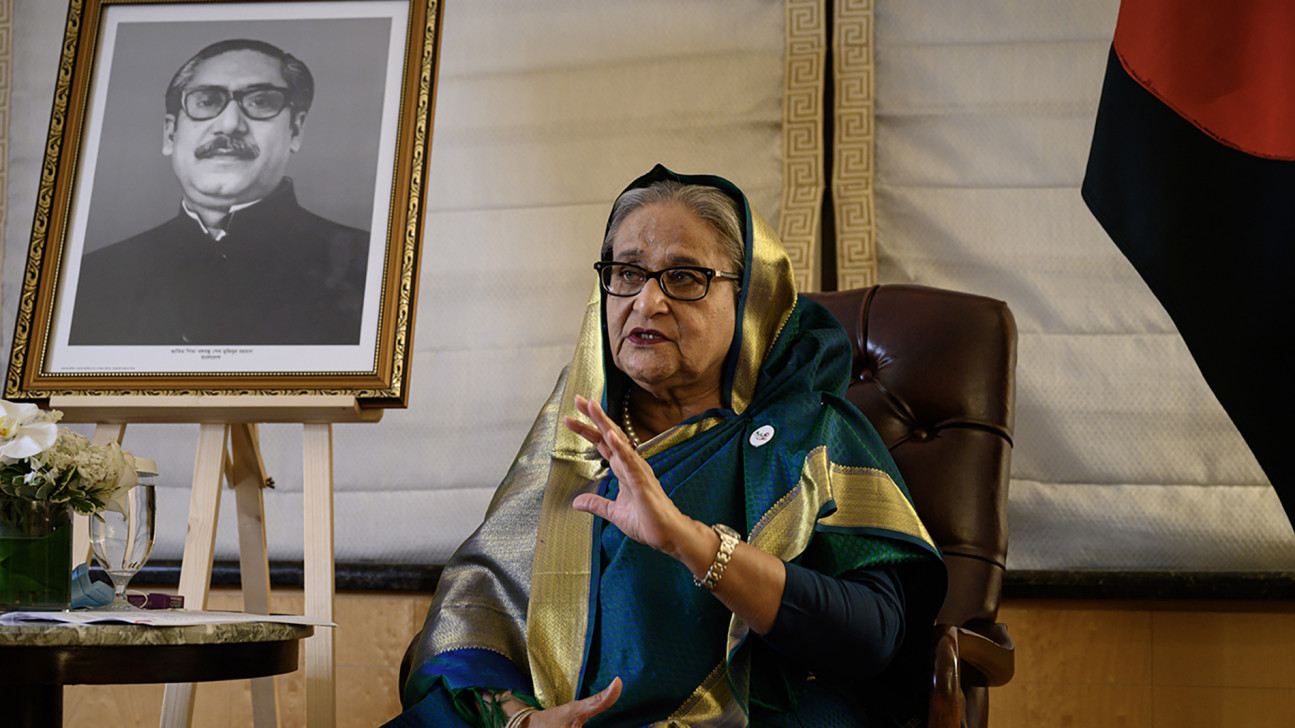 NEW YORK, Sept 24, 2022 (BSS) – Prime Minister Sheikh Hasina has termed as a “tragedy” the richer nations’ meaningful response to the crucial climate issue despite their blustering words saying the urgency of the situation was not being matched by actions of countries responsible for emissions.

"They don't act. They can talk but they don't act," she told French news agency AFP in New York on the sidelines of the United Nations General Assembly (UNGA) session, adding that those countries were “the responsible ones for these damages”.

Sheikh Hasina added: “The rich countries, the developed countries, this is their responsibility. They should come forward. But we are not getting that much response from them. That is the tragedy."

"I know the rich countries; they want to become more rich and rich. They don't bother for others."

Supplementing her concerns AFP commented that “fertile, densely populated deltas, low-lying” Bangladesh was among the most vulnerable nations in the world to climate change.

Bangladesh, it said, produced a miniscule amount of the greenhouse gas emissions that have already contributed to the warming of the planet by an average of nearly 1.2 degrees Celsius above pre-industrial levels.

The Paris accord called for US$100 billion a year by 2020 from wealthy nations to help developing nations cope with climate change. That year, $83.3 billion was committed, including through private sources, according to Organization for Economic Co-operation and Development figures.

The French news agency predicted that one key issue facing the next UN climate summit, to take place in Egypt in November, is whether wealthy nations also need to pay for losses and damages from climate change -- not just to pay for adaptation and mitigation.

"We want that fund to be raised. Unfortunately we didn't get a good response from the developed countries," Sheikh Hasina said in her interview with AFP, which noted that wealthy nations agreed only to discuss the loss and damage issue through 2024.

The UNGA this year featured repeated calls for climate justice with the leader of tiny Vanuatu urging an international treaty against fossil fuels while Pakistan’s prime minister warned that floods that swamped one-third of his country could happen elsewhere.

The AFP commented that climate is not the only issue on which Bangladesh saw inaction from the West, the Rohingya crisis was another major issue from where the richer countries attention shifted with the outbreak of the COVID-19 outbreak and Ukraine war.

It said some 750,000 Rohingya fled to Bangladesh in 2017 after a scorched-earth campaign against the minority group by troops in neighboring Myanmar, a campaign that the United States has described as genocide.

The international news agency also noted that while the world has saluted Bangladesh for taking in the refugees -- along with 100,000 who fled earlier violence -- attention has shifted since the Covid-19 pandemic and now Russia's invasion of Ukraine.

"As long as they are in our country, we feel that it is our duty," Sheikh Hasina told the interviewer but added that for Bangladeshi hosts, patience was running thin.

AFP also recalled the then UN human rights chief Michelle Bachelet had commented on a visit in August this year that there was growing anti-Rohingya sentiment in Bangladesh.

"Local people also suffer a lot . . . I can't say that they're angry, but they feel uncomfortable," the Bangladesh premier said.

"All the burden is coming upon us. This is a problem."

The Rohingya refugees, who are mostly Muslim, live largely in ramshackle camps with tarpaulins, sheet metal and bamboo.

Bachelet on her visit said there was no prospect of sending them back to Buddhist-majority, military-run Myanmar, where the Rohingya are not considered citizens.

But in her interview, Sheikh Hasina signaled that there were few options other than for the Rohingya to reside in camps.

"It is not possible for us to give them an open space because they have their own country. They want to go back there. So that is the main priority for everybody," she said adding, “If anybody wants to take them, they can take them".