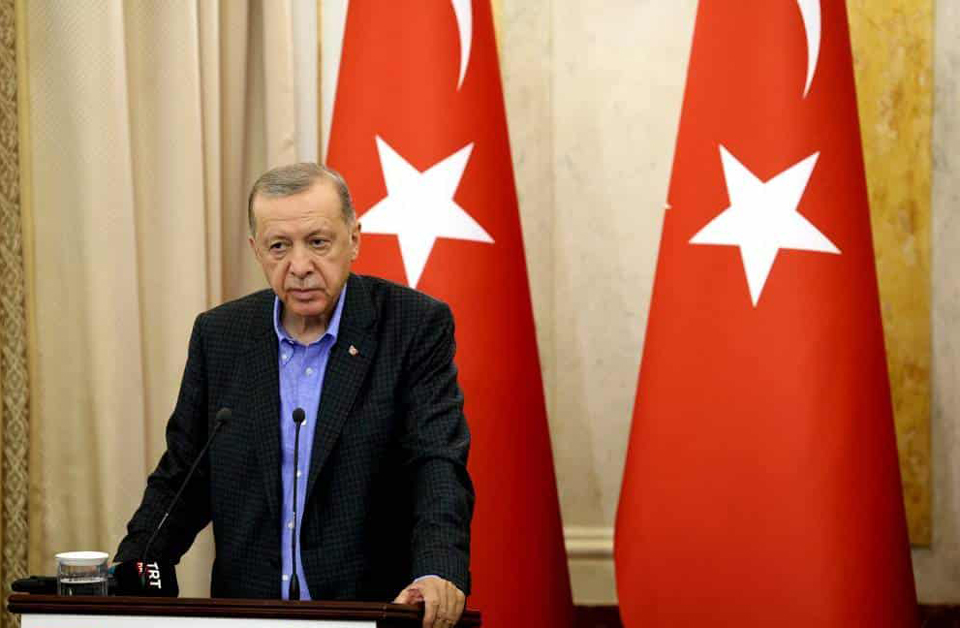 A flare-up in fighting around Europe's largest nuclear facility in Russian-controlled southern Ukraine has sparked urgent warnings from world leaders, and UN chief Antonio Guterres cautioned during talks with Erdogan that any damage to the plant would be akin to "suicide".

"We are worried. We don't want another Chernobyl," Erdogan said during a press conference in the eastern city of Lviv, during which he also assured the Ukrainian leader that Ankara was a firm ally.

"While continuing our efforts to find a solution, we remain on the side of our Ukraine friends," Erdogan said.

Guterres said he was "gravely concerned" about the situation at the plant and that it had to be demilitarised, adding: "We must tell it like it is -- any potential damage to Zaporizhzhia is suicide".

Erdogan, who has major geopolitical rivalries with the Kremlin but maintains a close working relationship with President Vladimir Putin, met with the Russian leader less than two weeks ago in the Black Sea resort of Sochi.

The Turkish leader and Guterres were key brokers of a deal inked in Istanbul last month allowing for the resumption of grain exports from Ukraine after Russia's invasion blocked essential global supplies.

Ahead of the press conference with Zelensky, Ukraine's port authority announced that the 25th cargo ship under the deal had departed for Egypt carrying 33,000 tonnes of grain.

Ukraine and Russia are two of the world's biggest grain exporters, and the halt in exports has seen grain prices soar and fears of a global food shortage mount.

Guterres said during the meeting with reporters that the sides hoped to intensify efforts to bolster operations at three southern ports designated to handle exports under the deal.

"We will do our best to scale up our operations to face... the coming winter," he said.

Guterres continued his visit on Friday with a trip to Odessa, one of the ports involved, and was expected to later head to Turkey to visit the body tasked with overseeing the exports accord.

The success of the grain deal contrasts with failed peace talks early in the war, and Zelensky on Thursday ruled out peace with Russia unless it withdrew its troops from Ukraine.

He told reporters he was "very surprised" to hear from Erdogan that Russia was "ready for some kind of peace", adding: "First they should leave our territory and then we'll see".

Fighting raged along the front on Thursday and early Friday.

Bombardments across the city of Kharkiv and nearby Krasnograd left at least six dead and 25 injured on Thursday, just one day after Russian bombardments killed 13 in the country's second-largest urban centre.

Early-morning shelling on Friday also targeted the city of Nikopol, according to a local military official, while the mayor of Mykolayiv reported "massive explosions" there around the same time.

Meanwhile, two Russian villages in Belgorod province were evacuated on Thursday after a fire broke out at an ammunition depot near the Ukrainian border, local authorities said.

The blaze came amid a slew of blasts at Russian military installations near Ukraine, one of which Moscow has acknowledged to be an act of "sabotage".

Fighting in recent weeks has focused around the southern region of Zaporizhzhia and the nuclear facility there, and Zelensky called on the UN to ensure security at the plant after direct talks with Guterres, while also blaming Russia for "deliberate" attacks on the facility.

Russian forces took the plant in March and uncertainty surrounding it has fuelled fears of a nuclear incident.

Moscow dismissed Ukrainian allegations Thursday, saying its forces had not deployed heavy weapons at Zaporizhzhia and accusing Kyiv of preparing a "provocation" there that would see Russia "accused of creating a man-made disaster at the plant".

Kyiv, however, insisted it was Moscow that was planning a "provocation" at the facility.

Ukrainian military intelligence said in a Facebook post on Thursday night that it had received reports that all but a "small part of operational personnel" at the plant had been ordered to stay home on Friday, while representatives of Russia's state nuclear operator "actually left the territory" of the facility.

"Considering the number of weapons that are currently located on the territory of the nuclear plant, as well as repeated provocative shelling, there is a high probability of a large-scale terrorist attack at the nuclear facility," it said.

NATO Secretary General Jens Stoltenberg has said Russia's seizure of the plant "poses a serious threat", and has called for a Russian withdrawal and inspections by the UN nuclear watchdog.