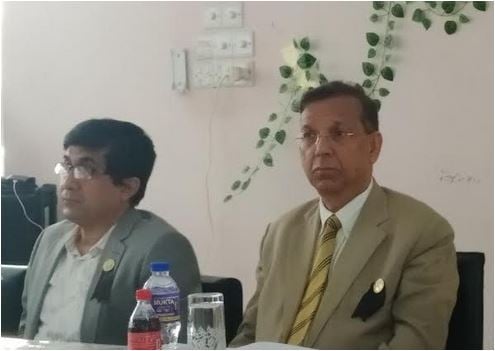 DHAKA, Aug 17, 2022 (BSS) - Law, Justice and Parliamentary Affairs Minister Anisul Huq today said the present government is very active regarding cases filed over August 21, 2004, grenade attack and will not exempt anyone convicted in the two cases filed over the barbaric incident.

"We are trying to bring back all the fugitive convicts to face justice here. We are also trying to fugitive killers of Father of the Nation Bangabandhu Sheikh Mujibur Rahman," he said while talking to newsmen after attending a function to distribute food among over 150 children of Government Shishu Paribar at Tejgaon in the city, marking the National Mourning Day.

"The proceedings of the two cases started a little late. Joj Miah drama was also staged here. It took a long time to finish the trial in lower court. Now the proceedings are in High Court, where the appeal hearing will start soon. I have talked to Attorney General in this regard," he said.

The law minister further said Prime Minister Sheikh Hasina and her government believes in rule of law, adding, "As the Bangabandhu murder trial was done during her tenure, justice will be made over all the killings."

The law ministry is arranging special lunch at Tejgaon Government Shishu Paribar on a day in August since 2016 under an initiative taken by Anisul Huq.