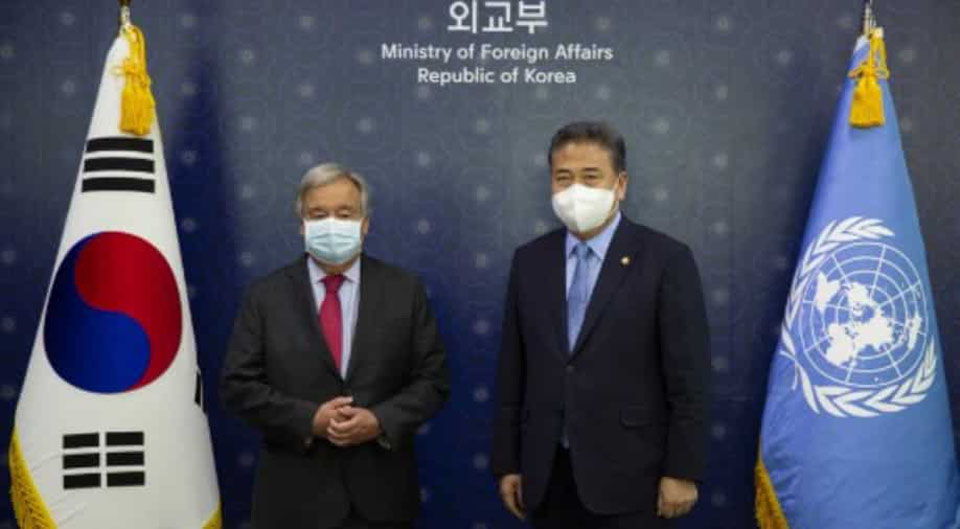 SEOUL, Aug 14, 2022 (BSS/AFP) - North Korea on Sunday criticised UN Secretary-General Antonio Guterres for his "dangerous words" after he called for the complete and verifiable denuclearisation of Pyongyang during a visit to Seoul.

Guterres, who was in South Korea on a two-day visit, expressed his "clear commitment" to North Korea's denuclearisation, calling it a "fundamental objective to bring peace, security and stability to the whole region".

His comments came as Washington and South Korean officials have repeatedly warned that the North is preparing to carry out what would be its seventh nuclear test.

But the North's vice foreign minister Kim Son Gyong denounced the UN chief, accusing him of showing "sympathy" to the hostile policy of the United States.

"I cannot but express deep regret over the said remarks of the UN secretary-general that grossly lack impartiality and fairness," he said in a statement carried by the official Korean Central News Agency (KCNA).

Kim said "complete, verifiable and irreversible denuclearisation" of North Korea was "an infringement upon the sovereignty of the DPRK".

"We advise Secretary-General Guterres to be careful in making such dangerous words and deeds as pouring gasoline on flames," he added.
On Thursday, Pyongyang blamed Seoul for a Covid-19 outbreak in the North and threatened to "wipe out" Seoul's authorities.

North Korea has conducted a record-breaking blitz of weapons tests so far this year, including firing an intercontinental ballistic missile at full range for the first time since 2017.

Last month, the North's leader Kim Jong Un said his country was "ready to mobilise" its nuclear deterrent in any future military conflict with the United States and Seoul.