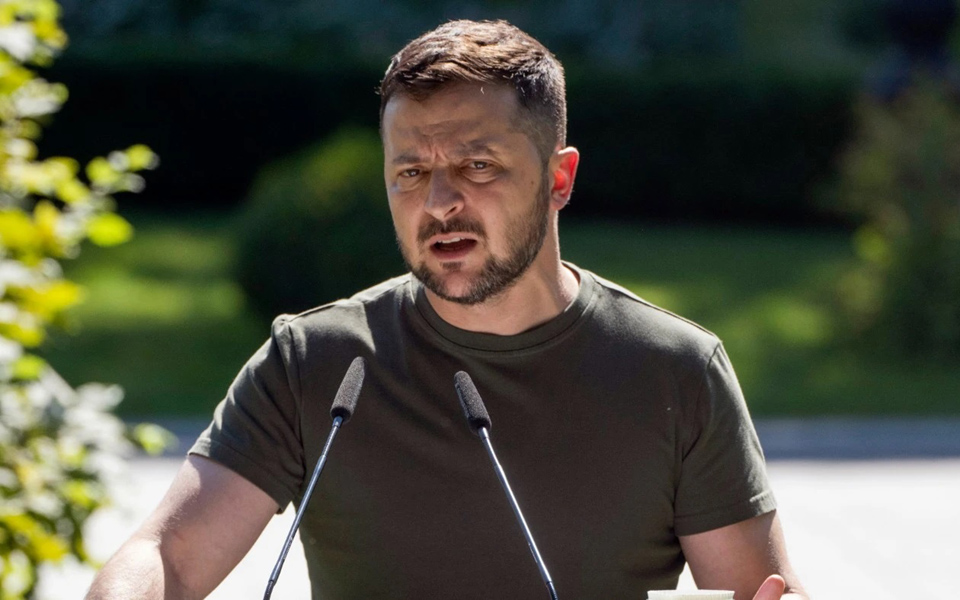 "The entire world must react immediately to chase out the occupiers from Zaporizhzhia," Zelensky said in his daily video address.

"Only the Russians' full withdrawal... would guarantee nuclear safety for all of Europe," he added, condemning "Russian nuclear blackmail".

The nuclear plant in southern Ukraine is Europe's largest and has been occupied by Russian troops since March, shortly after Moscow launched its invasion on February 24.

Russia and Ukraine accused each other of fresh shelling near the plant on Thursday, but their claims have not been verified independently.

Bombardment near the plant also occurred last week, raising the spectre of a nuclear catastrophe in a country which suffered the Chernobyl disaster in 1986.

Ukraine's state nuclear company Energoatom on Thursday said radioactive substances were located near the strikes and that radiation sensors were damaged.

The head of the UN nuclear watchdog told an emergency meeting of the Security Council on Thursday that it was "a serious hour" as fighting had sparked a "grave" crisis at Zaporizhzhia.

Rafael Grossi demanded that the International Atomic Energy Agency be granted access to the site as soon as possible.