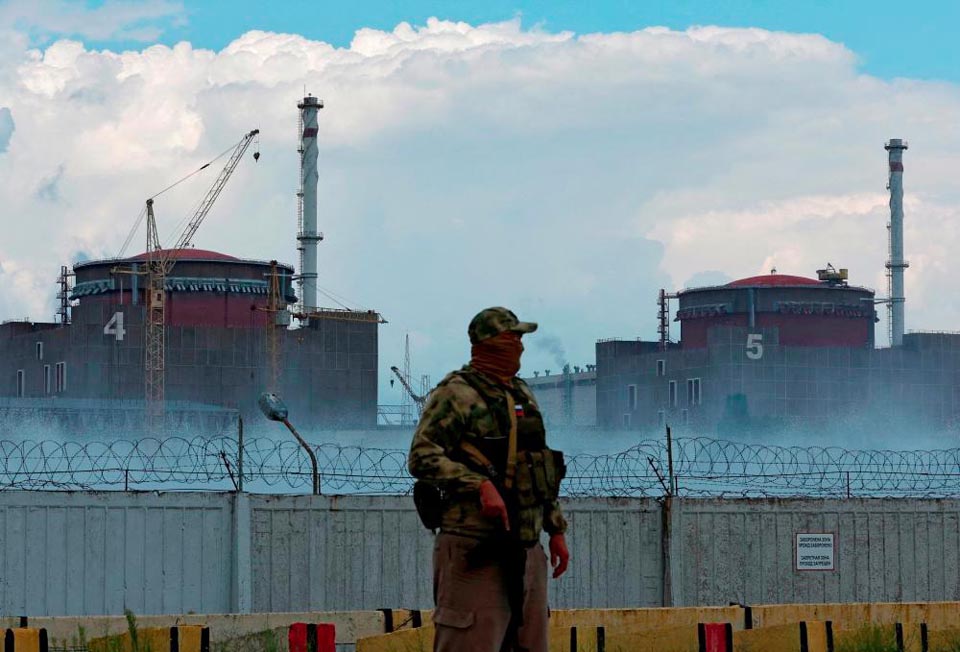 KYIV, Ukraine, Aug 10, 2022 (BSS/AFP) - Russian forces occupying the Zaporizhzhia nuclear plant in southeast Ukraine are preparing to connect to Crimea, annexed by Moscow in 2014, and are damaging it by reorienting its electricity production, Ukrainian operator Energoatom warned Tuesday.

It is the largest nuclear power plant in Europe and was occupied by Russia early in its invasion. Kyiv and Moscow blamed each other for attacks on the plant last week.

"To do this, you must first damage the power lines of the plant connected to the Ukrainian energy system. From August 7 to 9, the Russians have already damaged three power lines. At the moment, the plant is operating with only one production line, which is an extremely dangerous way of working," he added.

"When the last production line is disconnected, the plant will be powered by generators running on diesel. Everything will then depend on their reliability and fuel stocks," Kotin warned.

Located not far from the Crimean peninsula, the plant has six of Ukraine's 15 reactors, capable of supplying power for four million homes.

Ukrainian President Volodymyr Zelensky on Monday raised the spectre of nuclear disaster after strikes on the plant.

And UN Secretary-General Antonio Guterres warned that any attack on a nuclear plant would be "suicidal".

"I hope that those attacks will end, and at the same time I hope that the IAEA will be able to access the plant," he said Monday.

Recent fighting around the plant has prompted the UN nuclear watchdog International Atomic Energy Agency (IAEA) to warn of the "very real risk of a nuclear disaster".