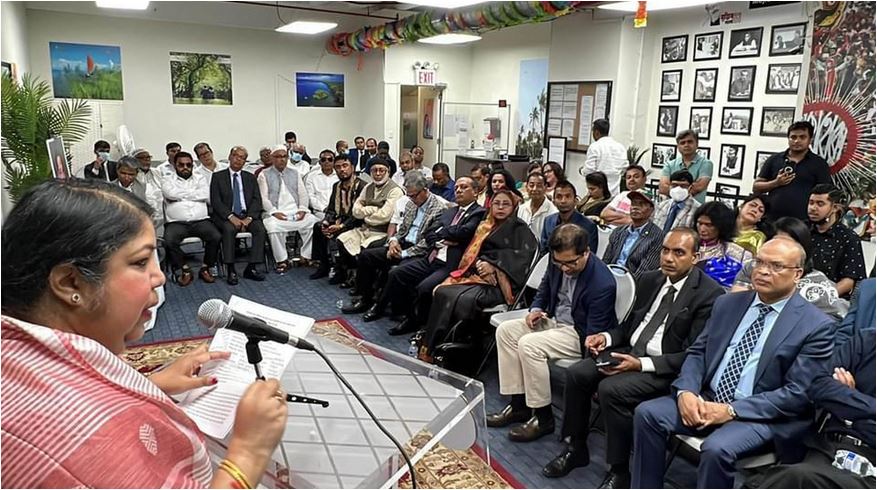 "Begum Fazilatunnesa Mujib will forever be an inspiration for the women of
tomorrow. She symbolizes the power of women's political empowerment," the
Speaker said while addressing a discussion organized by the Bangladesh
Consulate General in New York on the occasion of the 92nd birth anniversary
of Bangamata Begum Fazilatunnesa Mujib, said a press release.

The Speaker said, "When Father of the Nation Bangabandhu Sheikh Mujibur
Rahman remained in jail for months and years, Begum Mujib took the charge of
Chhatra League. She also gave directions during various critical situations
of Awami League."

Bangamata gave advice to Bangabandhu on many important decisions, she said.

At the beginning of the programme, the speaker paid tribute by placing a
wreath on the portrait of Bangamata, said the press release.

A documentary produced by the Ministry of Women and Child Affairs on
Bangamata was screened at the event.

At the end of the ceremony, a special prayer seeking the eternal peace of
Bangabandhu, Bangamata and their martyred family was offered.

Various dignitaries were also present on the occasion.