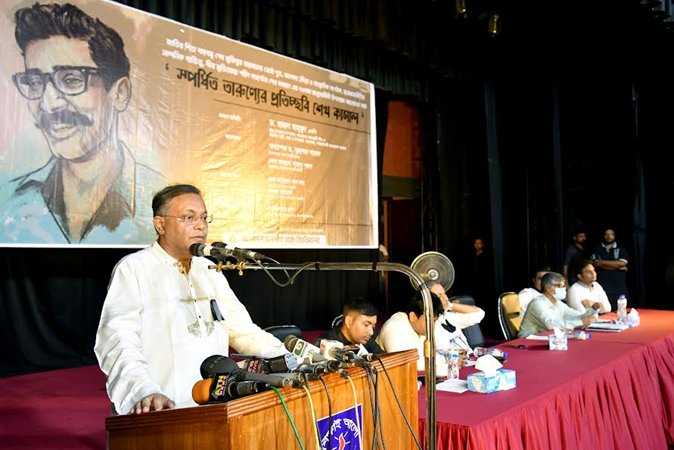 DHAKA, Aug 6, 2022 (BSS) - Information and Broadcasting Minister Dr Hasan Mahmud today said the fuel price in Bangladesh is same to India while it is lower than many other neighbouring countries.

"The government has given Taka 53,000 crore or six billion dollars subsidy to energy and power sectors in last year. The neighbouring countries didn't give such subsidy and the prices of energy have increased many days ago. The prices of fuel were higher than us. The price of diesel is Taka 114 and price of octane is Taka 134 to Taka 135 in India from many days ago. A lot of fuel was being smuggled through border due to low price in our country," he said.

In the beginning of his speech, Hasan paid rich tribute to Sheikh Kamal and said heroic freedom fighter and martyr Captain Sheikh Kamal was outstanding sport and cultural organiser. He will live in the hearts of youths forever as the 'strength of youth' till the existence of Bangladesh, he added.

The fair, he said, to be increased only 29 paisa in per kilometre in a 50-seater bus. Currently, the fare is charged Taka 1.80 per kilometre from each passenger while it will be stood Taka 2.9 through increasing 29 paisa, he added.

Hasan said the government would talk with all transport sectors soon as none could take illegal opportunity.

The minister urged the BCL leaders and activists to become vibrant at social platforms with proper information.

Later in the afternoon, the minister virtually joined a discussion organised by Chattogram Muktijoddha Sangsad marking the National Mourning Day from his Mintu Road's official residence in the capital.

In his speech, Hasan said Father of the Nation Bangabandhu Sheikh Mujibur Rahman had worked to make the country a developed and enriched one. The people of the country got independent sovereign Bangladesh through the Liberation War under the leadership of Bangabandhu, he added.

For this, he said, Bangabandhu is the greatest Bangalee for all time and "the Father of the Nation of us".

He urged all to remain in together.