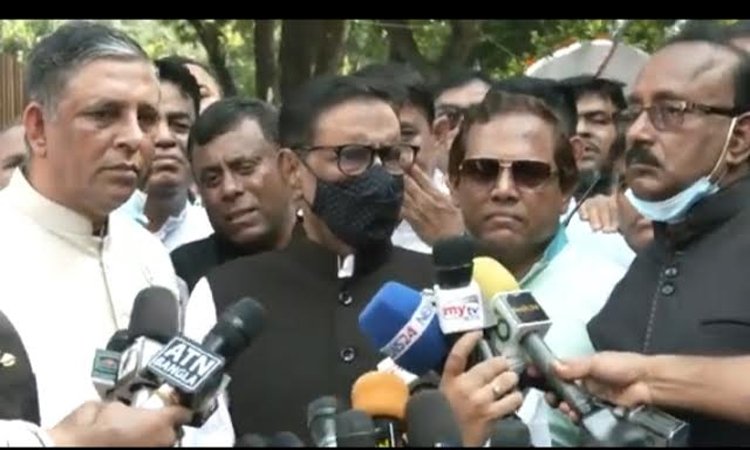 Transport and Bridges Minister Obaidul Quader today said when the month of
August appears, the murderous character of Bangladesh Nationalist Party (BNP)
gets desperate as the party is afraid in facing the truth of this month.

He made the remarks after paying homage to Father of the Nation Bangabandhu
Sheikh Mujibur Rahman's eldest son Shaheed Sheikh Kamal at his grave in the
city's Banani area on the occasion of his 73rd birth anniversary.

Claiming that the BNP leaders and workers attacked on police in Bhola with
weapons, Quader said: "Who did the incident in Bhola? Watch video
footages...Who held procession carrying weapons and who attacked on the
police with those weapons. What will the police do?"

"Will the police remain idle? The murderous face of the BNP got clear in
Bhola," he added.

The AL general secretary said the BNP is trying to create unstable and
anarchic situation in the country prior to the upcoming elections.

"By carrying out arson terrorism, the BNP leaders are trying to destroy the
electoral environment and make the polls questionable," he added.

The minister said a huge number of young people gathered on Abahani ground
and at the Banani graveyard, which proved that the AL is ready to resist the
politics of intrigue.

"We will resist the politics of killing and conspiracy. This is our pledge
(on this day)," he added.

Quader said the delight of Sheikh Kamal's birthday was lost through his
bloody farewell in 1975.

The young generation of Bangladesh has a lot to learn from Shaheed Captain
Sheikh Kamal as he was a multidimensional talent and genius, he said.

"Sheikh Kamal was found every day in sports like cricket and football, and
cultural arena," Quader said, adding that Kamal also came to Madhur Canteen
at Dhaka University (DU) and was involved in Chhatra League.

Sheikh Kamal can be a role model for the country's young generation, he
added.