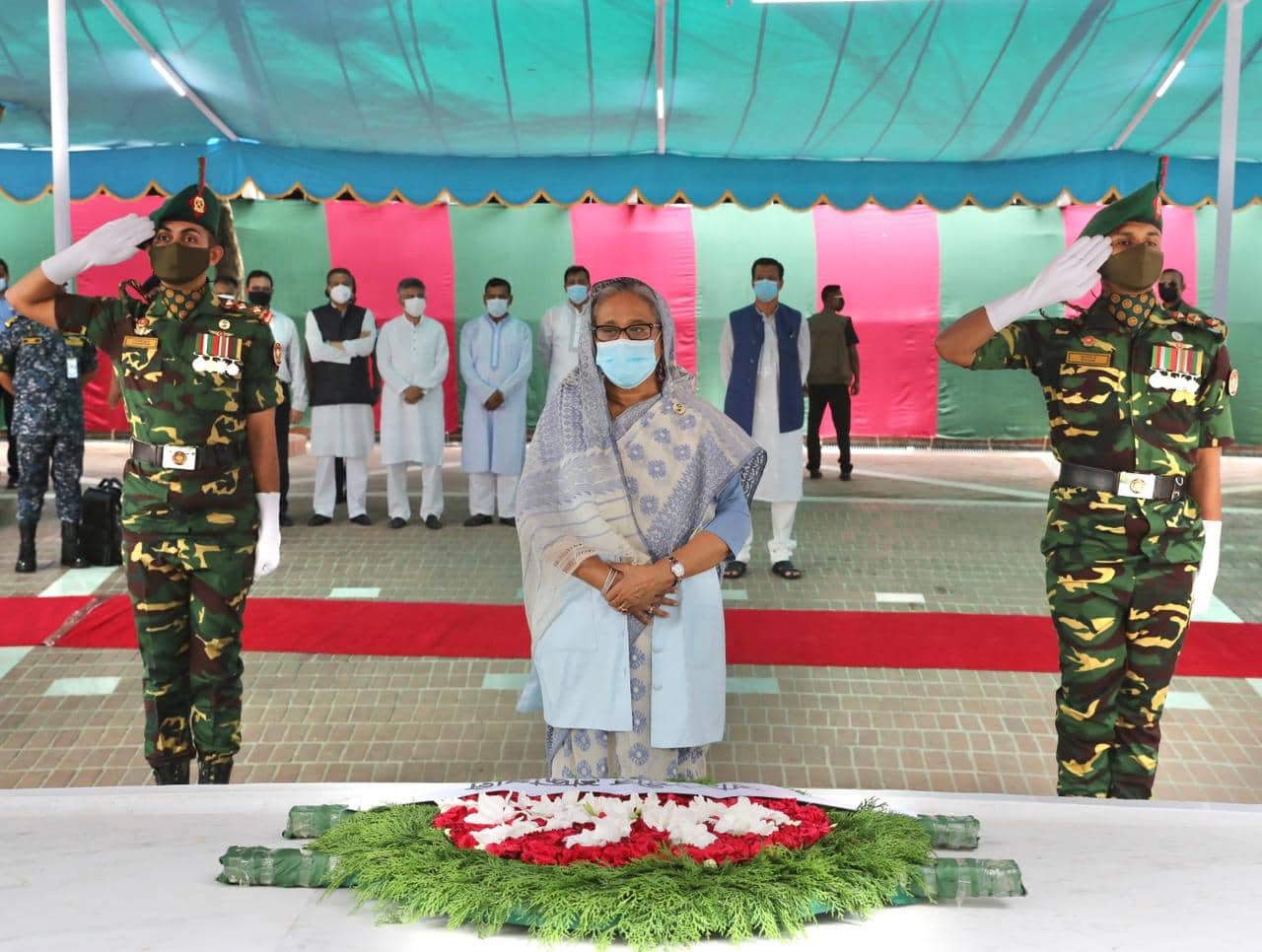 DHAKA, July 4, 2022 (BSS) - Prime Minister Sheikh Hasina today visited her ancestral home in Gopalganj's Tungipara for the first time by road crossing the Padma Bridge since its inauguration while she offered prayer at Father of the Nation Bangabandhu Sheikh Mujibur Rahman's mausoleum there.

Accompanied by her son Sajeeb Wazed Joy and daughter Saima Wazed, the premier this morning offered Fateha and joined a munajat (prayer) seeking eternal peace of departed souls of the Father of the Nation and other martyrs of August 15, 1975 massacre.

Prayers were also offered seeking divine blessings for good health and long life of Sheikh Hasina and her family members as well as continued peace, progress and prosperity of the country.

Earlier, the prime minister paid rich tributes to Bangabandhu by placing a wreath at his mausoleum.

After laying the wreath, she stood in solemn silence for some time as a mark of profound respect to the memory of the architect of the independence, who was brutally killed by some disgruntled army men on the dreadful night of August 15, 1975 along with most of his family members.

Family members of the prime minister were present at that time.

The prime minister previously reached Tungipara in Gopalganj at 11:40 in the morning after over a three-hour ride by road.

On her way to Tungipara, Sheikh Hasina with her family members took rest for a while at Jajira point's service area.

Later, the premier reached Dhaka from Tungipara at 5:30 in the afternoon.