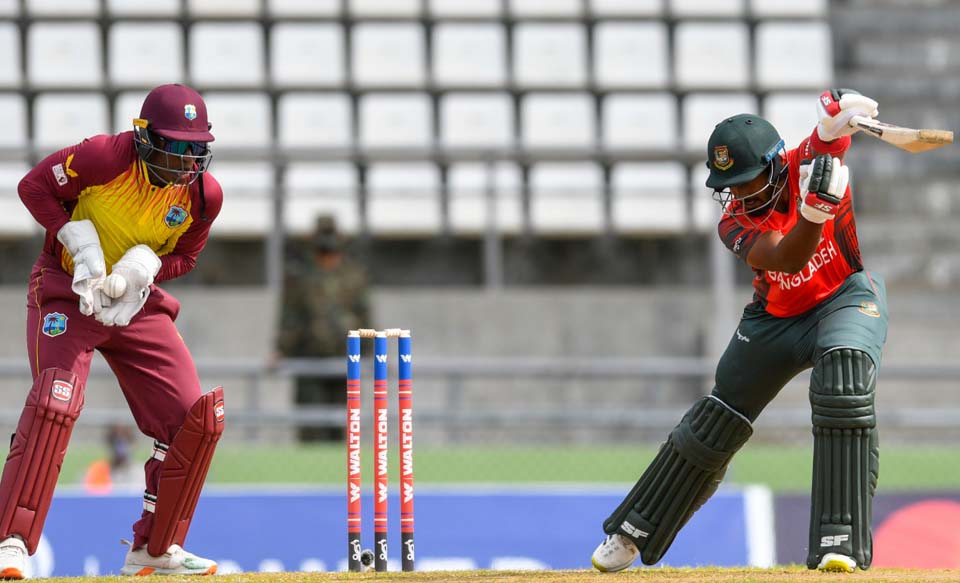 DHAKA, July 3, 2022 (BSS)-The first T20 International game between Bangladesh
and West Indies was washed out due to persistent rain at Windsor Park in
Dominica on Saturday.

By the time when the game was called off, Bangladesh reached 105-8 in 13
overs. The toss was earlier delayed by almost three hours before the weather
permitted a game, which was reduced to 16 overs.

West Indies won the toss and asked Bangladesh to bat in a venue which was
holding its first International game in five years.

Bangladesh included Anamul Haque Bijoy in the match, paving his way to return
to the T20 cricket since 2015.

After play was halted in the eighth over, the match was reduced to 14 overs
per side.

Bangladesh got only 13 overs when a shower interrupted play again. But that
was enough for officials to call a washout with the ground flooded in
sunlight.

Shakib Al Hasan was the highest scorer for the side with 29 off 15 while
Nurul Hasan Sohan made 25 off 16. Anamul Bijoy was the only other batter to
reach double digit figure with 16.

Fast bowler Romario Shepherd was the pick of the bowler for West Indies with
3-21 while Hayden Walsh snapped up 2-24. Akeal Husein, Obed McCoy and Odean
Smith picked up one wicket apiece.

The second T20 of the three-match series will be held tonight (Sunday) at the
same venue. The match which starts from 11.30 PM as per Bangladesh Time will
be aired live on T Sports Channel. But the weather still forecast rain,
raising a possibility of another curtailed or even a washed out game like the
first match.

"In T20Is, you have very little time in the game, so you need to be very much
aware of the conditions that will be provided. The game sense has to be
applied. Our motto will be to be very positive and aggressive at the same
time," Bangladesh T20 captain Mahmudullah Riyad said about their strategy to
play the T20 cricket.