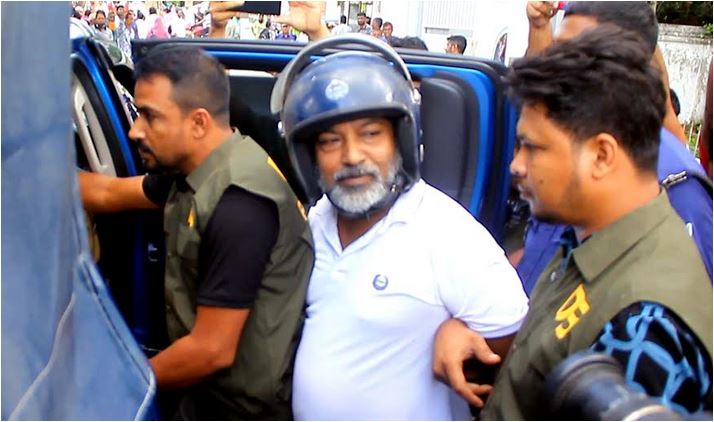 PABNA, June 27, 2022 (BSS) - A Pabna court today sent to jail Jakaria Pintu, convicted and sentenced to jail in a case lodged over attempt to murder the then leader of the opposition in Parliament, Awami League president and incumbent Prime Minister Sheikh Hasina, by launching attack on a train carrying her in Pabna in 1994.

Pabna Special Tribunal-2 sent Pintu, 50, to jail as police produced him before the court.

Rapid Action Battalion (RAB) arrested Pintu from Teknaf on June 25 and handed him over to Ishwardi Police the next day. He was given to the custody of district detective branch (DB) of police in the night due to the security reason.

The train carrying Sheikh Hasina came under attack at Ishwardi Rail Station area on September 23, 1994. Pintu and his associates hurled bombs and shot at the train to murder the Awami League president.