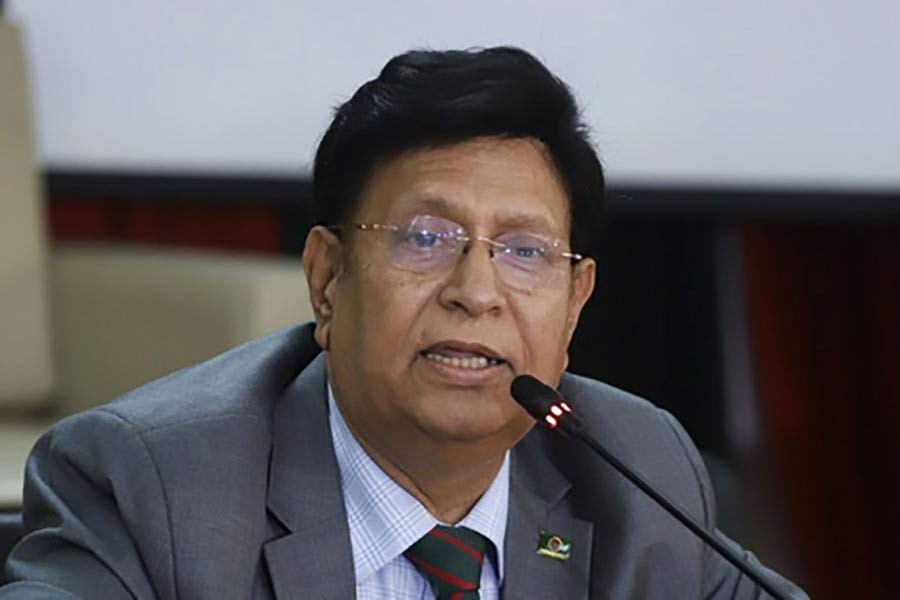 He made the proposal while holding a bilateral meeting with his British counterpart Elizabeth Truss in Kigali on the sidelines of the Commonwealth Summit on 24-25 June, according to a press release received here today.

Momen also called upon the UK government to exert pressure on Myanmar for the immediate repatriation of their Rohingya citizens from Bangladesh which simply cannot continue to take the burden of 1.1 million forcibly displaced Myanmar nationals any longer.

He briefed Truss about the status of the protracted Rohingya crisis and stalemate in the process of their safe and sustainable return to Myanmar in the absence of political commitment of the Myanmar government.

In this connection, Dr. Momen gave historic references to earlier instances of en masse influx of Rohingyas into Bangladesh in the 70s and 90s, and their subsequent voluntary repatriation by Myanmar through agreements and accords with Bangladesh.

"Myanmar took them back as they were under sanctions at that time by the West, which is not the present case, while UK and other western countries continue to invest heavily in Myanmar, despite living proof of their persecution of Rohingyas and adjudication of their justice at the ICJ," he said.

The UK which has made USD 2.5 billion worth of investments into Myanmar just over the past 3 years and more than 500 million of bilateral trade, also needs to create pressure on Myanmar authorities to take back their Rohingyas, Dr Momen noted.

The British Secretary of State thanked Bangladesh's generous hosting of the Rohingyas and responded that "while the UK could look into it, the best solution to the Rohingya crisis, however, lies in their safe and sustainable return to their homeland in Myanmar".

Expressing concern of the British government at the current political turmoil in Myanmar, Truss reiterated UK's continued commitment to resolve the Rohingya crisis.

The British minister also assured that together with the ASEAN and fellow G7 countries, UK would put increased pressure on Myanmar for a sustainable resolution of the Rohingya crisis.

During their first official bilateral meeting, the two foreign ministers also reaffirmed the historic and value-based relations between Bangladesh and the UK since Bangladesh's Liberation War in 1971.

They agreed to jointly celebrate the 50th anniversary of Bangladesh-UK diplomatic relations through exchange of high-level visits and charting of an ambitious and ever-expanding Bangladesh-UK post-Brexit strategic partnership including advancing shared security interest at the Indian Ocean, enhanced trade and defence partnerships and higher education and research cooperation.

The British minister expressed concern at the low numbers of higher education students from Bangladesh in the UK while Bangladesh foreign minister highlighted decreasing numbers of student and business visas issued from British High Commission in Dhaka.

Momen requested to relocate students and business visa facility back to Dhaka to ensure at least 7 to 8 thousand Bangladesh students entry to the UK for high education every year.

To mark 50 years of Bangladesh-UK diplomatic relations, both the ministers welcomed the proposals by the two foreign offices to jointly organize a Global Girls Education Summit, a climate leaders' dialogue, and a Rohingya Conference in their capitals.

They both expressed deep concern at the current Ukraine situation and agreed to work closely to restore regional peace, security, and stability as well as global food and energy supply chains.

On post-Brexit trade relations with the UK, one of Bangladesh's largest trade and investment partners, Momen sought an extension of the UK's zero-duty GSP facility beyond 2029, specially given the losses suffered by Bangladesh's apparel industry owing to post-pandemic cancellations, non-payments by British retailers as well as the current cost of living index hike.

The two ministers further agreed that under the Bangladesh-UK Trade and Investment Dialogue, the two countries should explore enhanced trade partnership and a future Free Trade Agreement (FTA).

Dr. Momen invited Truss to visit Bangladesh at the earliest opportunity, especially during the historic year of Bangladesh-UK diplomatic relations.

Bangladesh High Commissioner to the UK Saida Muna Tasneem was present during the meeting.