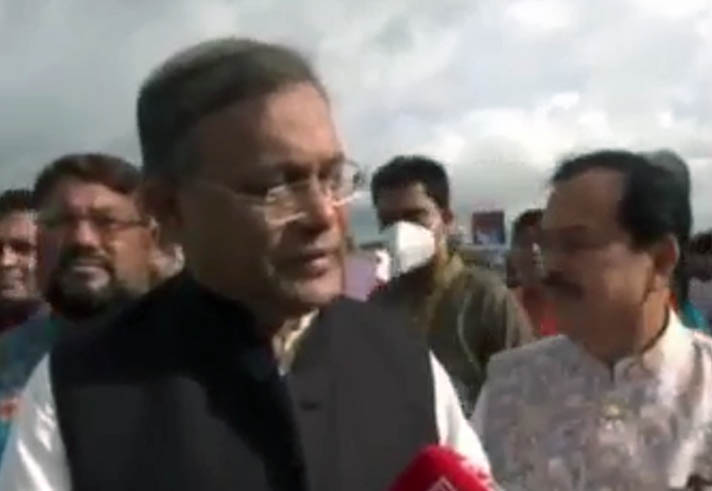 DHAKA, June 25, 2022 (BSS) - Information and Broadcasting Minister Dr Hasan
Mahmud today said the Padma Bridge opening day on June 25 is the most
rejoicing day after the 50 years of independence of the country.

"The Padma Bridge opening day is the most cheerful day for all the
countrymen. . . the entire nation is now enjoying the same festivity which
was held 50 years ago after the Independence," he said.

Dr Hasan, also joint general secretary of the ruling Awami League, said this
responding to a query made by the journalists while joining Padma Bridge
opening function at Mawa point in Munshiganj this morning.

"Country's all people now become happy . . . if there is any scope, all
people would try to attend the Padma Bridge opening ceremony," said the
minister.

Terming the Bangalees as the 'nation of hero', the ruling party leader said,
"We never concede defeat and Prime Minister Sheikh Hasina has proved it once
again through destroying all the conspiracies designed by vested quarters."