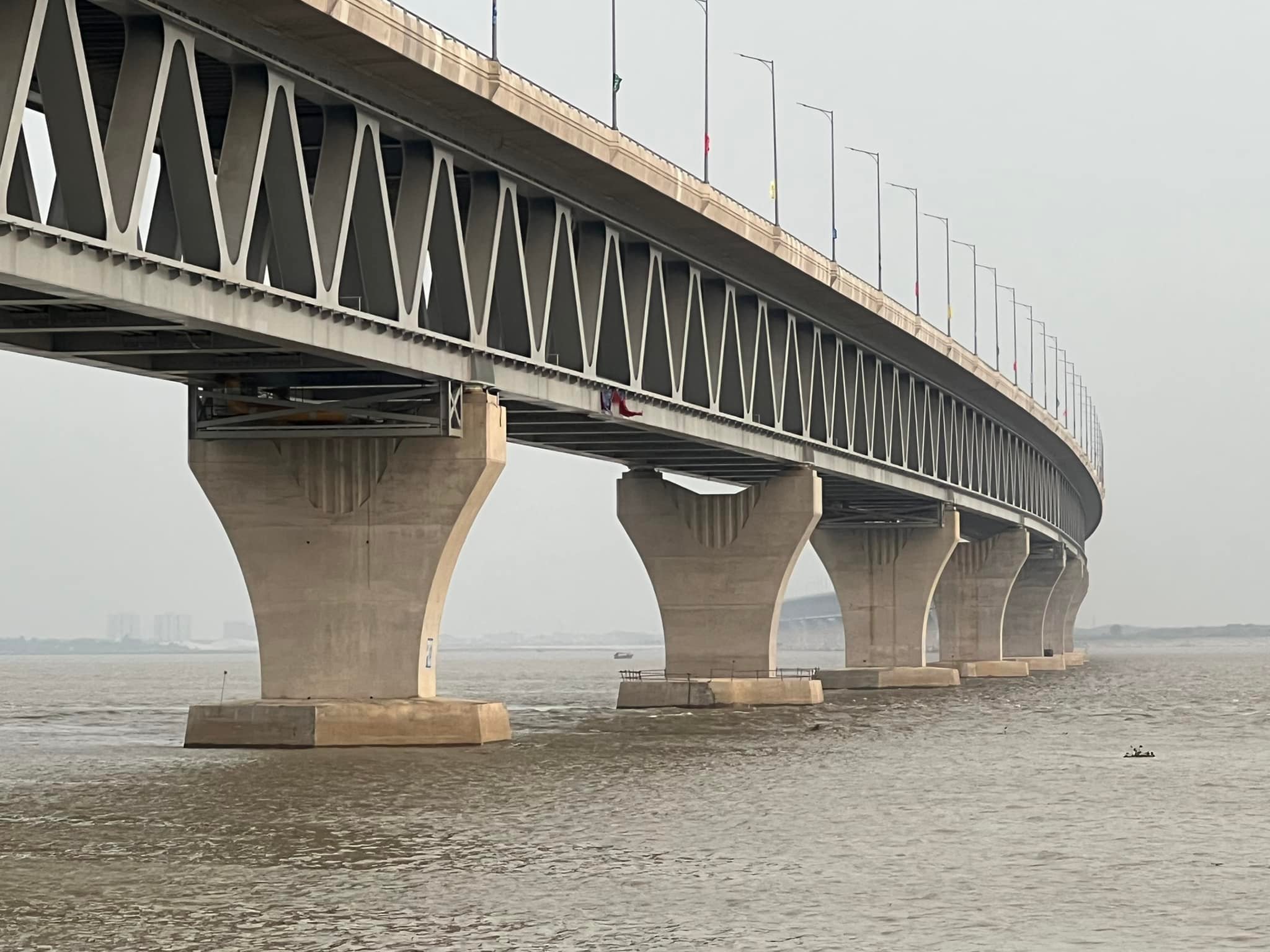 The structures foundation stone as well as the inauguration tablet are to carry her name in capacity as the premier in different terms and in different situations.

Eventually, the bridge emerged as a structure, built entirely with domestic finances, while the lending agencies were expected to join it inauguration ceremony as witnesses.

The 6.03-kilometre long and 23.32-metre wide bridge have four lanes for the movement of light to heavy transports on its upper deck and trains on its lower deck alongside carrying power and gas transmission lines.

According to a pre-feasibility study, Taka 5,374.62 crore will be required for its completion by 2008.

Speaking on the occasion, the Prime Minister extended thanks and gratitude to the people and government of Japan for their commitment to fund the longest bridge on the mighty river Padma.

She also thanked the Asian Development Bank authority for co- financing the bridge, which would require detail feasibility study and huge river training.

Sheikh Hasina said completion of the bridge would usher in a new era of development in the country's overall direct communication network and infuse dynamism in the national economic activities.

Besides, the bridge would contribute greatly to setting up of small, medium and large scale industrial units in the South-Western districts creating job opportunities.

Thousands of people from both sides of the Padma, carrying banners and placards converged at Mawa Ferry Ghat in a festive mood.

In 1996, Prime Minister Sheikh Hasina took initiative to build a bridge over the river Padma and this was the first start of the Padma Bridge construction project.

The pre-feasibility study for the Padma Bridge project began in May 1999. A joint venture worked from May 1999 to February 2001 and submitted reports. The company conducts comparative analysis of the construction of bridges at Paturia-Daulatdia and Mawa-Janjira.

It was seen that the length of the main bridge at Mawa-Janjira and Paturia-Goaland would be a little more than 6 kilometers. However, the river bank is stable at the end of Mawa. Due to this, the cost of river management will be less and building bridges with Mawa compared to Paturia will reduce travel costs, reduce rehabilitation costs and make river management easier. According to the projection, if the bridge is built with Mawa-Janjira, more vehicles will have opportunity to use the bridge.