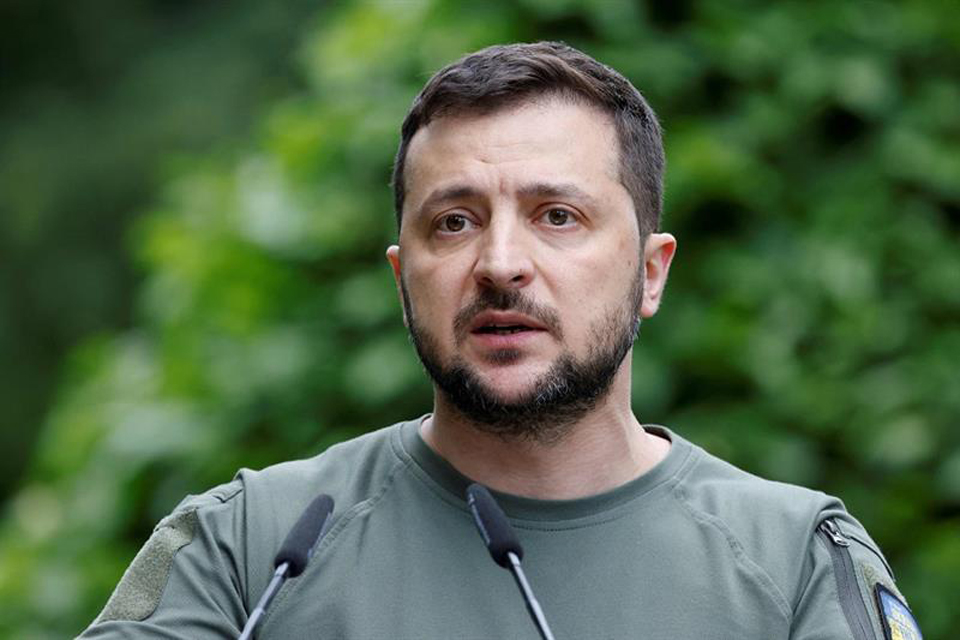 The expected decision, taken while Ukraine is being attacked by Russian forces "is a unique and historic moment in Ukraine-EU relations," Zelensky said on Twitter, adding that "Ukraine's future is within the EU". "We have just received the candidacy. This is our victory," Zelensky said in a 55-seconds video on his Instagram.

"We have waited for it for 120 days and for 30 years," he said, referring to the number of days Ukraine has been at war since Russia's February 24th invasion and three decades since Ukraine declared independence following the collapse of the Soviet Union.

He insisted Ukraine would emerge victorious and then rest -- after rebuilding the country.

"Or probably even - we will win, rebuild, enter the EU and then will rest. Or probably we will not rest."

At any rate, he insisted that "we will win for sure."

Zelensky reacted within minutes after EU leaders on Thursday agreed to grant candidate status to Ukraine and Moldova, as the bloc's chief Charles Michel identified "a historic moment (which) marks a crucial step on your path towards the EU."

The Ukrainian president , in a separate statement, said the move was "the starting point of a new history for Europe. Europe without divisions".

."Today you have made one of the most important decisions for Ukraine for all 30 years of independence of our state<" he added in a message to the leaders of the 27 EU nations.

Ukrainian Foreign Minister Dmytro Kuleba responded to Michel's announcement by stating in a short video with EU foreign policy chief Josep Borrell that "today marks the beginning of a long journey that we will walk together.

"The Ukrainian people belong to the European family. Ukraine's future is with the EU. We stand together for peace. Ukraine will prevail. Europe will prevail."

Ukrainian Prime Minister Denys Shmyhal also saluted a "historic day" and a new stage in the construction of Europe."

The head of Zelensky's office, Mikhailo Podolyak, forecast a move that would herald the end of the "Russian world" in Ukraine.

On Twitter he conceded that deep reforms were needed ahead of joining the bloc.

"(A) difficult path is ahead, but the main thing is proven: we are part of the civilized world and have separate ways with the Zombieland," a reference to Russia.