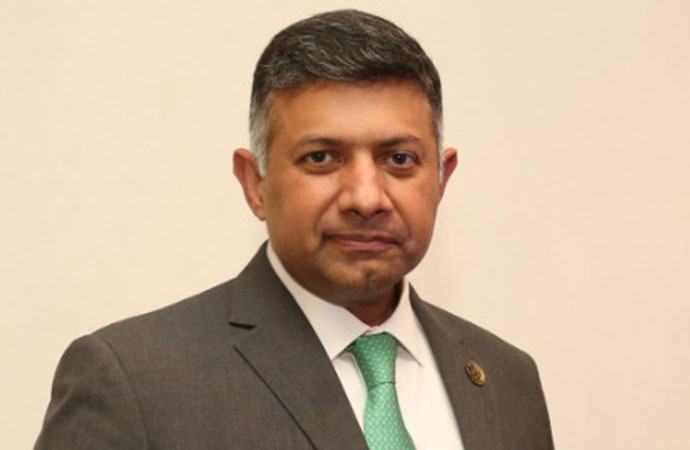 “We all know in Bengali culture the description of ‘Ei paar and Oi paar’ (two sides of rivers), so the Padma has been a defining part of the sense of there being two ‘Paars’ (two sides) of Bangla land,” he said.

Doraiswami said despite being a major project, the Padma Bridge was not just mere a huge structure in terms of brick and steel, rather it was a symbolic connector of culture and emotions of people across the mighty Padma River.

The Indian envoy’s comments came four days ahead of the opening of the bridge built entirely with Bangladesh’s own financing while he said it was “great moment” for Bengalis in India as well.

"Congratulations Bangladesh! I congratulate every friend in Bangladesh on this momentous occasion," he said.

The envoy said it was difficult on Bangladesh’s part to construct the bridge with own finances and attributed the achievement to Sheikh Hasina's "continuous and consistently courageous decision”.

“I want to specifically say how much we feel as the India that this was continuous and consistently courageous decision of the Honorable Prime Minister (Sheikh Hasina),” he said.

Doraiswami said the Padma Bridge would connect not just the economies of south and western Bangladesh but also connect sub-region and obviously India.

“From that perspective, as a country that has long valued the opportunity to increase connectivity across the sub-region, we in India are delighted,” he said.

The envoy said when Bangladesh’s government in early 2010s planned to build the structure with foreign loans “we (India) were the first country” to commit support for the project in whatever way it could.

But when Bangladesh’s Prime Minister decided to build the bridge with domestic finances India again “was very supportive regarding her decision and we made our support -- vocal and public”.

The high commissioner said Sheikh Hasina was proven correct in her decision to go ahead with this project and New Delhi looked forward to witness the blessings of "connectivity, economic progress and easier travel" as the consequence of this major breakthrough.

Doraswami said not just Bangladesh and India, Nepal in particular would also have faster access to Bangladesh due to the Padma Bridge and “I think it will have an important benefit on poverty alleviation programs, on economic activity".

Asked if the bridge could attract more Indian investment to Bangladesh the envoy said “hundred percent” and explained that obviously when logistics become easier and cheaper, immediately it makes “more sense to be able to do more business in Bangladesh”.

Prime Minister Sheikh Hasina is scheduled to inaugurate the 6.15-km Padma Bridge constructed with domestic financing, discarding foreign loans or grant of any type while the finance ministry provided Bangladesh Bridge Authority an amount to Taka 30,000 crore as credit.