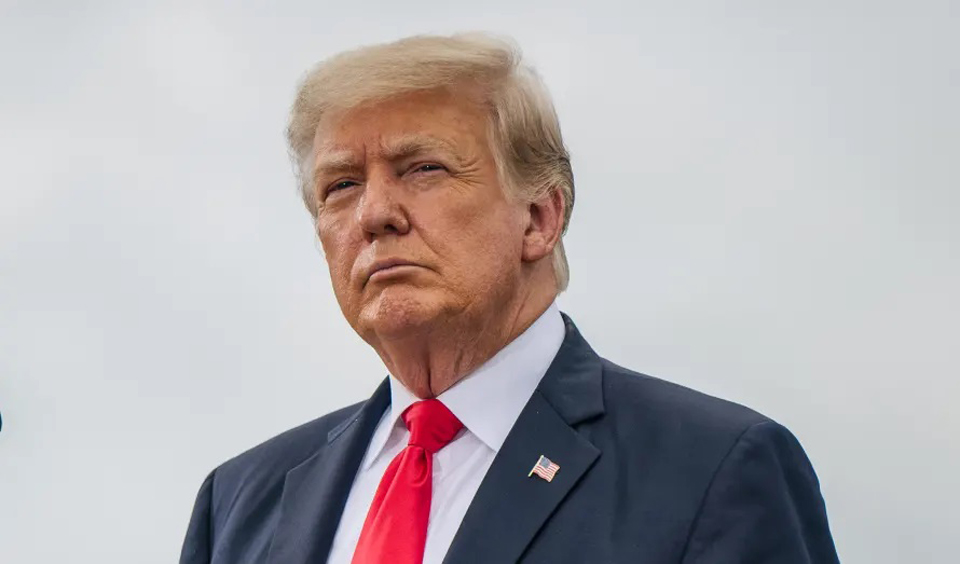 WASHINGTON, June 22, 2022 (BSS/AFP) - US state lawmakers and poll workers described Tuesday how their lives had been upended by threats of violence as Donald Trump singled them out in his bid to overturn the 2020 US election.

Trump was personally involved in an intense campaign of pressure on officials in key swing states he had lost to Joe Biden, the fourth congressional hearing into the former president's bid to cling to power after his defeat was told.

Members of the committee probing the January 2021 assault on the US Capitol that followed the election have spent much of June setting out their initial findings that Trump led a multi-pronged conspiracy to overturn the results, culminating in the insurrection in Washington.

On Tuesday they heard from poll worker Shaye Moss, who was falsely accused by Trump and his lawyer Rudy Giuliani alongside her mother Ruby Freeman of "rigging" the election count in Georgia with "suitcases" full of ballots for Biden.

Moss, who is Black, described people making "hateful" and "racist" threats of violence following the baseless accusations, including one message saying: "Be glad it's 2020 and not 1920."

"This turned my life upside down. I no longer give out my business card, I don't transfer calls," Moss testified.

"I don't want anyone knowing my name... I don't go to the grocery store. Haven't been anywhere at all."

Freeman said in her deposition she had lost her good name and sense of security because "number 45 and his ally Rudy Giuliani decided to scapegoat me and my daughter Shaye, to push their own lies about how the presidential election was stolen."

The mother and daughter were among poll workers or election officials in several states who found themselves pressured to thwart the will of millions of voters based on bogus claims of fraud, the panel said.

Rusty Bowers, speaker of the Arizona House of Representatives, testified that he asked Giuliani "on multiple occasions" for evidence of his stolen election claims.

He told committee members Giuliani said "we've got lots of theories, we just don't have the evidence."
Trump issued a statement, read out during the hearing, attempting to discredit Bowers, calling him a "RINO" -- Republican In Name Only -- and claiming that the lawmaker had told Trump the election was rigged and that Trump had in fact won Arizona.

Bowers said both claims were false.

Committee chairman Bennie Thompson had started the hearing by asserting that Trump "pressuring public servants into betraying (their) oath was a fundamental part of the playbook."

Liz Cheney, the committee's vice chair, said Trump was aware that his false claims of fraud could lead to violence, but he assumed a "direct and personal role" in the disinformation campaign anyway.

US presidents are not elected directly by citizens, but chosen by "electors" named to a body called the electoral college by the party that wins the presidential vote in each state.

The committee says a key plank of the plot to subvert the 2020 election was getting pro-Trump Republicans in swing states won by Biden to submit official-looking but fake certificates claiming they were the legitimate electors.

The committee says Trump pressed his vice president Mike Pence to accept these "fake electors" when he was overseeing certification of Biden's victory on January 6, 2021.

Pence ultimately refused to recognize the pro-Trump slates and the president's supporters rioted for hours at the Capitol in unprecedented scenes of brutality that led to at least five deaths.

At one point after the election, Trump personally called Republican National Committee chairwoman Ronna McDaniel to get involved in his pressure campaign, according to videotaped testimony by McDaniel.

Trump put on his lawyer John Eastman, McDaniel said, "to talk about the importance of the RNC helping the campaign gather these contingent electors."

The exchange is crucial because the committee has promised to provide evidence of a direct link between Trump and the scheme to put forward the false electors.

In-person witnesses included Georgia secretary of state Brad Raffensperger, whom Trump pushed to "find" enough votes to overcome Biden's lead in the battleground state in a phone call that is the subject of a state-level criminal probe.
Raffensperger revealed that 28,000 Republicans voted down-ballot in Georgia in 2020 but skipped the presidential race, which Biden won by just 12,000 votes.

The official described being inundated with vile messages and said his wife began receiving "sexualized" threats after Trump made them briefly infamous among his supporters.

He also described a break-in at his widowed daughter-in-law's home sparked by the election fraud claims.

"Moments require you to stand up and take the shots, and do your job, which is what we did," he told the hearing.