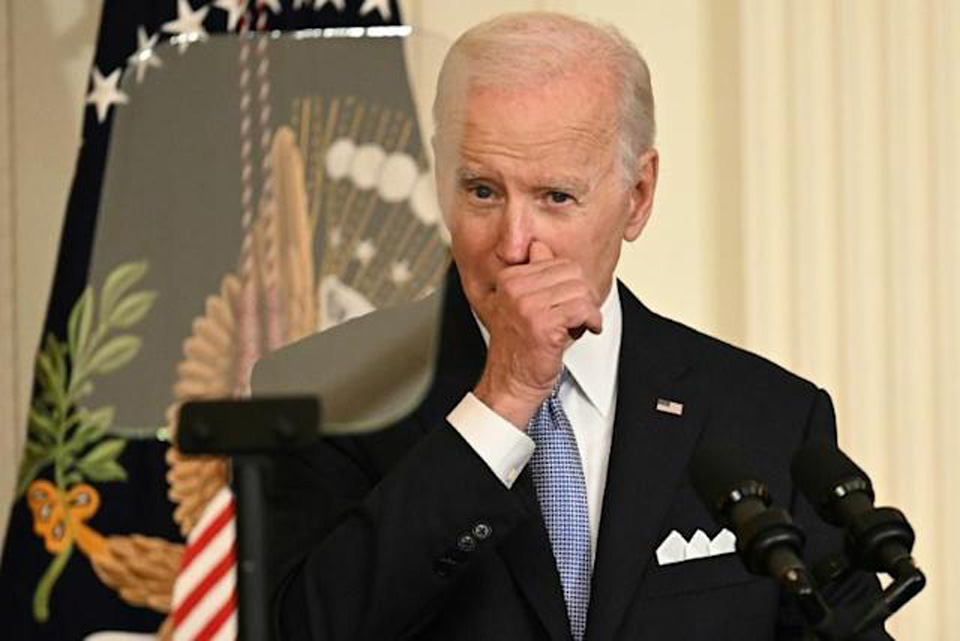 WASHINGTON, May 28, 2022 (BSS/AFP) - Joe Biden the consoler-in-chief will no
doubt find exactly the right message on Sunday as he visits Texas to meet the
families of children massacred as they celebrated the end of the school year.

But Biden the dealmaker has remained conspicuous in his absence from the war
of words being waged over gun control that has followed the atrocity,
preferring to let his party leaders in Congress do the talking for him.

"He can't just be the 'eulogizer-in-chief.' He also needs to put the full
force of his office into the legislative process," Peter Ambler, executive
director for the gun safety group Giffords, told Politico.

"Otherwise it will seem like he has lost hope."

So far, the 79-year-old Democratic US president has appeared reluctant to
drill down into the details of the firearms control debate, a decision that
has more to do with pragmatic politics than any personal disinclination.

Biden, a heart-on-sleeve politician and a twice-bereaved father who lost a
baby daughter to a car accident and an adult son to cancer, takes his role as
consoler-in-chief seriously.

He would like to believe that Americans can bridge their deep division at
least to unite in mourning over the 19 children and two teachers who were
shot dead by an 18-year-old gunman at their school in Uvalde, Texas -- where
he will visit Sunday with First Lady Jill Biden.

But if Biden's focus for the moment is at the emotional end of the register -
- "When in God's name are we going to stand up to the gun lobby?" he cried on
Tuesday -- there is a sanguine political calculation behind the passion.

A former senator with a deference to the separation of powers, he wants
Congress to pass a bill that would make psychiatric and criminal background
checks for gun buyers more widespread, while banning assault rifles and high-
capacity magazines.

"We have done our part... But, right now, we need the help of Congress. You
know, the president has been very clear that it's time to act, it's time for
Congress to act," his spokeswoman Karine Jean-Pierre said Thursday.

The White House believes Biden inserting himself into the middle of
negotiations, at a time when he is very unpopular in the polls, would likely
undermine a delicate legislative process.

The 50 Democrats in the evenly-divided Senate, who support a broad range of
actions, will need to win over Republicans to hit the 60-vote threshold
required to get any bill signed into law.

Biden has so far held back from openly criticizing the Republicans, who are
mostly hostile to reform, with many campaigning for the November midterm
elections on their support for access to firearms.

The administration also argues that a federal law would have a more profound
impact than an executive order that would not be binding on all US states and
can only regulate at the margins.

But several gun control groups say, without questioning the president's
beliefs, that he needs to be more involved.

Igor Volsky, executive director of the organization Guns Down America, said
on Twitter that Biden could create an agency at the White House specifically
dedicated to firearms, travel the country to meet affected communities,
welcome activists to the Oval Office and personally lobby members of
Congress.

"This is *literally the bare minimum* for what a President who ran on gun
violence prevention should be doing," he tweeted.

Meanwhile activists fear that the United States will fall back into the now-
familiar pattern that plays out after every mass shooting: a wave of outrage
that subsides before it can be translated into any significant reform.

The Uvalde school massacre may have shocked the nation but it was not enough
to stop business as usual on Capitol Hill.

Congress went ahead anyway with its long-planned 10-day break, saying they
would pick up the issue after the Memorial Day recess.