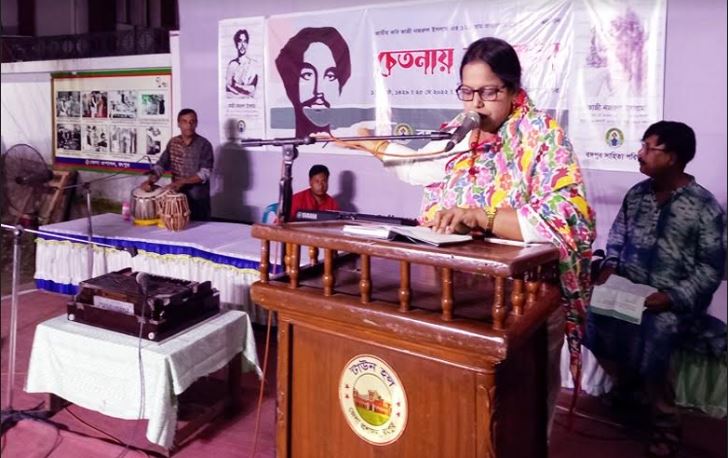 RANGPUR, May 26, 2022 (BSS) - Everyone should follow ideals of National Poet Kazi Nazrul Islam to establish an enlightened society based on universal humanism, justice, equity and non-communalism as dreamt by the rebel poet.

Literary and cultural personalities viewed this at a function organized by literary-cum-cultural organization Rangpur Sahitya-Sanskriti Parishad (RSSP) at its auditorium here on Wednesday night in observance of the 123th birth anniversary of the national poet.

The RSSP authority chalked out programs like competitions of children on recitation of Nazrul poems, self-composed poems dedicated to Nazrul, rendering Nazrul songs and cultural programs to pay due respect to the great poet.

Former President of the organization Professor Mozammel Haque attended the function as the chief guest with its incumbent vice-president Hasna Hena Begum in the chair.

The speakers said Nazrul was the greatest source of inspiration in freeing the nation from deprivation, exploitation, injustice and communalism and snatching independence from the Pakistani occupation forces during the War of Liberation.

Dr. Mofizul Islam Maantu stressed on properly evaluating ideals of Nazrul and enhancing inclusion of his literary works in curriculum at school, college and university levels for immortalizing his thoughts, philosophy and doctrine.

Professor Mozammel Haque called upon everyone to follow ideals of National Poet Kazi Nazrul Islam in building a developed non-communal 'Sonar Bangla' based on universal humanism, justice, equity and non-communalism.