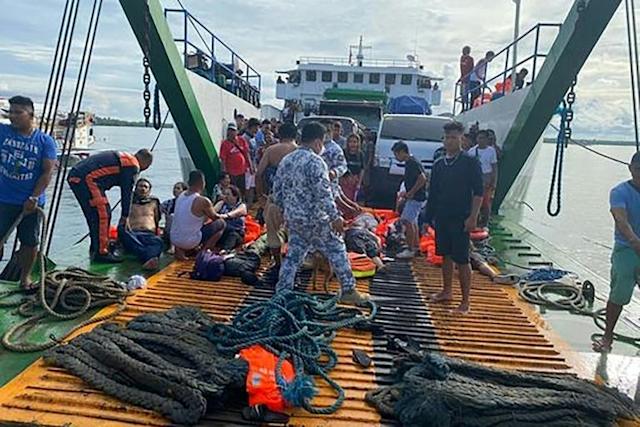 MANILA, May 23, 2022 (BSS/AFP) - At least seven people were killed and scores plucked to safety in the Philippines Monday after a fire ripped through a ferry and forced passengers to jump overboard, coast guard and witnesses said.

The blaze broke out on the Mercraft 2 as it carried 124 passengers from Polillo Island to Real in Quezon province on the main island of Luzon.

A search operation for survivors was ongoing.

A total of 134 passengers and crew were on board.

Thick black smoke billowed from the boat as flames engulfed the entire vessel, photos shared by the coast guard showed.

People with life rings and life vests were in the water. Some were rescued by other ferries.

"We were able to rescue 40 survivors. We have two fatalities," said Captain Brunette Azagra, whose passenger vessel was 500 metres from the Mercraft when the fire broke out.

"They were lucky because we also came from Polillo. They overtook us, but we were just nearby," Azagra told a local radio station.

"The ship is still far from the port, it's around seven kilometres away," said Poblete.