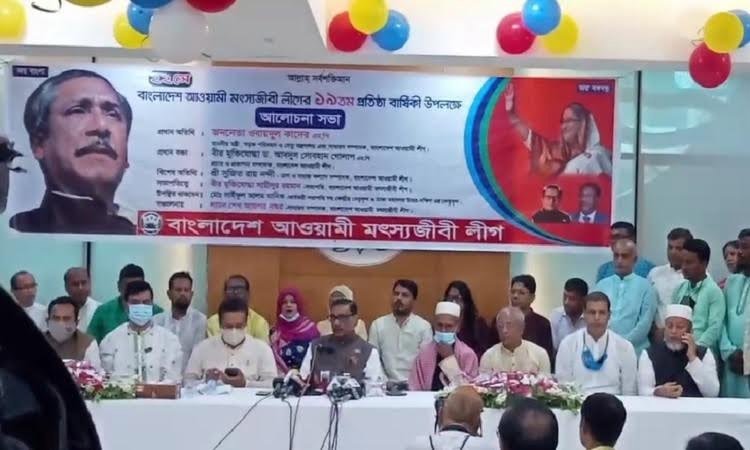 "BNP will have to contest the polls abiding by the existing rules. There is no way to go beyond the rules," he told a discussion marking the founding anniversary of Matsyajibi League at AL's Bangabandhu Avenue Central Office here.

After muddling the water, BNP will participate in the national polls, he observed.

Noting that the caretaker government system has been sent to museum through the Apex Court verdict, he said the general election will be held in Bangladesh like that in other democratic countries.

Elections will be held under the Election Commission (EC), not under Prime Minister Sheikh Hasina's government, he said, adding the government will extend cooperation to the EC in holding free and fair elections.

Sheikh Hasina's government will not resign at BNP's threat rather the BNP leaders should resign as their party has failed both in movement and polls.

The leadership of Sheikh Hasina is getting accolades all over the world, he mentioned.

Pointing to BNP Secretary General Mirza Fakhrul Islam Alamgir, the AL general secretary said they will not get any benefit through shouting and creating chaos as changeover of power cannot be possible without polls.

Noting that BNP feels unhappy when it hears the news that Padma Bridge will be inaugurated, Quader said as the steering of the country remains in the hands of Sheikh Hasina, the nation remains good.

As long as Sheikh Hasina stays in power, Bangladesh must march forward, he said.