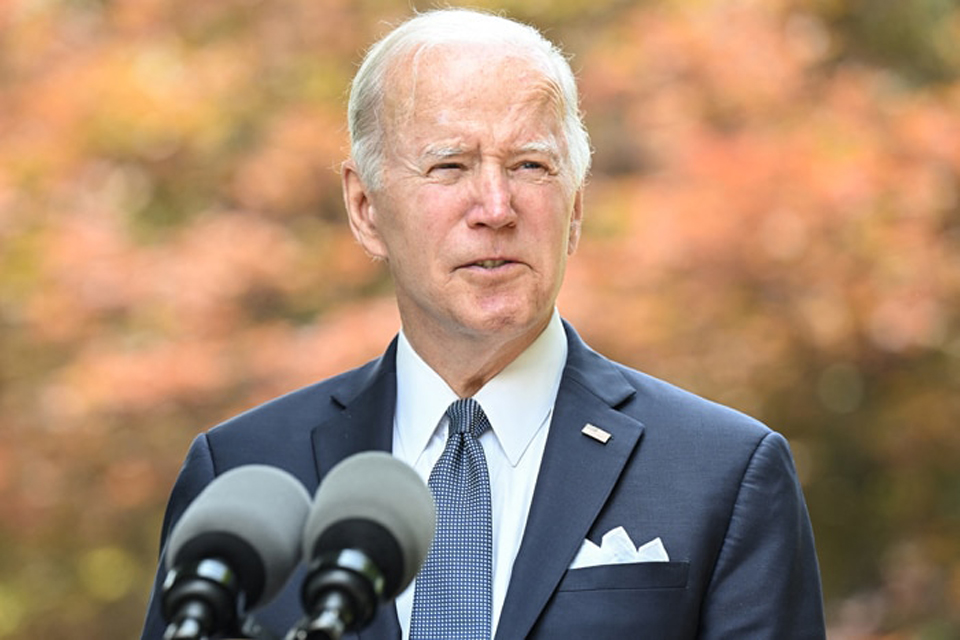 SEOUL, May 22, 2022 (BSS/AFP) - President Joe Biden flies Sunday to Japan for the second leg of a trip intended to reinforce US leadership across Asia in the face of a rising China and dangerously unpredictable, nuclear-armed North Korea.

As officials from both countries warned that Kim could raise tensions with a nuclear weapon test while Biden is in the region, the US president said the democratic allies must deepen ties.

At a joint press conference with Yoon, Biden cited a global "competition between democracies and autocracies" and said the Asia-Pacific region is a key battleground.

"We talked in some length about the need for us to make this larger than just the United States, Japan, and Korea, but the entire Pacific and the South Pacific and Indo-Pacific. I think this is an opportunity," Biden said.

While China is the main US rival in that struggle, Biden illustrated the acute challenge from Russia when he signed a $40 billion aid bill late Saturday to help Ukraine fight the invasion by Moscow's forces.

The bill, passed earlier by Congress, was flown to Seoul so that Biden could make it law without having to wait for his return to Washington late next Tuesday.

Before leaving South Korea, Biden was meeting with the chairman of Hyundai to celebrate a decision by the auto giant to invest $5.5 billion in an electric vehicle plant in the southern US state of Georgia.

He was also meeting with US and South Korean troops together with Yoon, a schedule that a senior White House official said was able to "reflect the truly integrated nature" of the countries' economic and military alliance.

In Japan, Biden will meet with Prime Minister Fumio Kishida and Emperor Naruhito on Monday ahead of Tuesday's Quad summit, bringing together the leaders of Australia, India, Japan and the United States.

Also on Monday, Biden will unveil a major new US initiative for regional trade, the Indo-Pacific Economic Framework for Prosperity.

Biden and Yoon said in a statement Saturday that "considering the evolving threat" from North Korea, they "agree to initiate discussions to expand the scope and scale of combined military exercises and training on and around the Korean peninsula".

The possible beefing up of joint US-South Korean military exercises comes in response to North Korea's blitz of sanctions-busting weapons tests this year, as fears grow another missile launch may be imminent.

Elected on a strongly pro-US message, Yoon said he and Biden "discussed whether we'd need to come up with various types of joint drills to prepare for a nuclear attack".

He also specified the need for "fighter jets and missiles in a departure from the past when we only thought about the nuclear umbrella for deterrence".

Any build-up of forces or expansion of US-South Korea joint military exercises would likely enrage Pyongyang, which views the joint drills as rehearsals for invasion.

Meanwhile, Biden and Yoon extended an offer of help to Pyongyang, which has recently announced it is in the midst of a Covid-19 outbreak -- a rare admission of internal troubles.

The US-South Korea statement said the two presidents "express concern over the recent Covid-19 outbreak" and "are willing to work with the international community to provide assistance" to North Korea to help fight the virus.

On Sunday, North Korean state media said 2.6 million people had been sick with "fever" with 67 deaths -- which they claimed was a fatality rate of just 0.003 percent, despite an unvaccinated population where malnutrition is widespread.

Biden, while adding that he would not exclude a meeting with Kim if he were "sincere", indicated the difficulty of dealing with the unpredictable dictator.

"We've offered vaccines, not only to North Korea but to China as well and we're prepared to do that immediately," Biden said at a press conference with Yoon. "We've got no response."