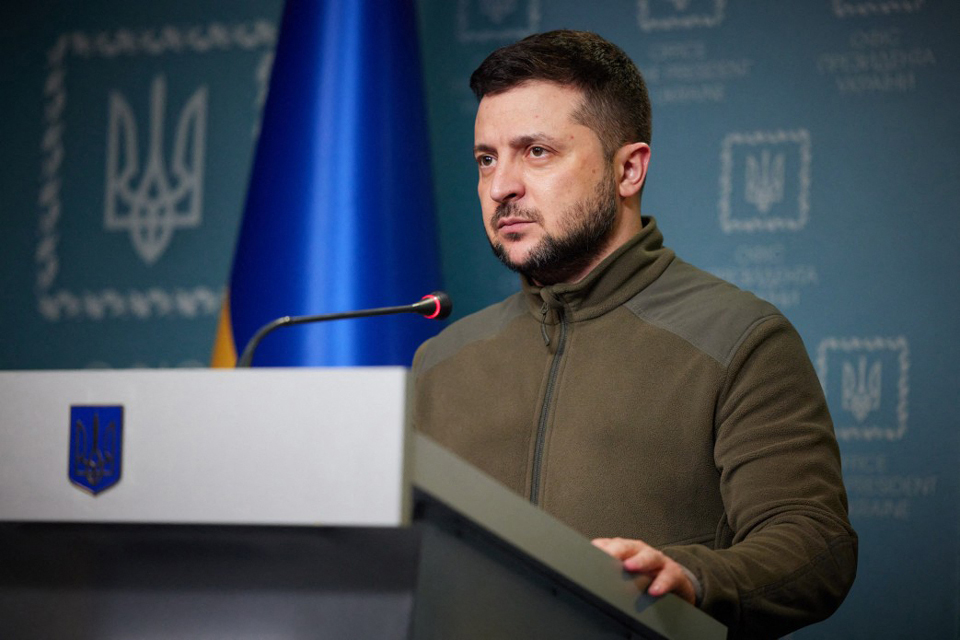 KYIV, Ukraine, May 21, 2022 (BSS/AFP) - Ukrainian President Volodymyr Zelensky on Friday lashed out against Russian strikes that gutted a recently redeveloped cultural centre in eastern Ukraine and wounded seven people, including a child.

In a statement on social media, Zelensky said that Russian strikes had targeted "the newly-renovated House of Culture", in the town of Lozova, in the eastern region of Kharkiv.

A video of the attack distributed by Zelensky showed black smoke enveloping a large building near residential complexes and passing cars, after a large explosion sent debris flying in all directions.

"The occupiers have identified culture, education and humanity as their enemies. And they do not spare missiles or bombs," Zelensky wrote on social media, describing the attack as "absolute evil" and "absolute stupidity".

Viktor Zabashta, a local health official, told the Interfax-Ukraine news agency that seven people had been wounded in the attack. "No-one has died yet," he added.

Russia has routinely been accused of targeting civilian infrastructure since it launched its invasion of Ukraine on February 24. The conflict has devastated several urban centres. Mariupol in the south has suffered near total destruction. Moscow's forces were accused of striking a theatre in the southern port city in March, killing hundreds of civilians sheltering there.