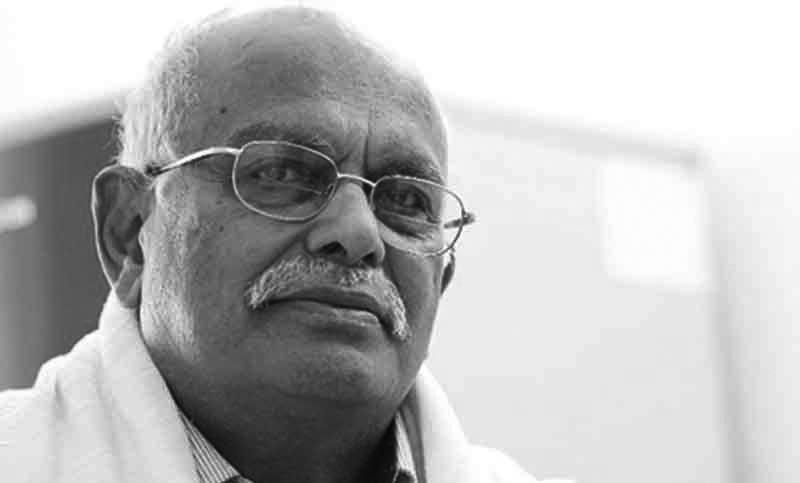 DHAKA, May 19, 2022 (BSS) - Language Movement veteran and prominent columnist Abdul Gaffar Chowdhury passed away this morning at a hospital in London at the age of 88, family and Bangladesh High Commission in UK said.

"He passed away peacefully," a Bangladesh high commission spokesman in London told BSS by phone, quoting his son Anupam Chowdhury, an international journalist by background.

The official said the Bangladesh mission in UK kept a close touch with Chowdhury's family as the plans for his burial and related rituals were underway.

Family sources told BSS that first namaj-e-janaza will be held at London's Brick Lane mosque after juma prayers tomorrow. Later, his body will be kept at the Shaheed Minar of historic Shaheed Altab Ali Park in East London to allow British-Bangladeshi community and other admirers to have their last glimpse of the legendary journalist.

The place of his burial will be determined soon, said the family sources.

Chowdhury is widely known across the social strata for ages for the famous song -- Amar Bhaiyer Rokte Rangano Ekushey February Ami Ki Bhulite Pari? (My Brothers Blood Spattered 21 February Can I forget the twenty-first of February incarnadined by the love of my brother?)

The song is regarded by listeners of BBC Bengali Service as the third best song in Bangla.

The famous journalist and columnist was in close touch with Father of the Nation Bangabandhu Sheikh Mujibur Rahman as part of his professional connections while he was born in the Ulania village in Mehendiganj of Barishal in 1934 as the then greater India was under British rule.

Son of a landlord and anti-British movement veteran Hazi Wahed Reza Choudhury, Chowdhury graduated from Dhaka University in 1959 and came to England on 5 October 1974, where he lived settled.

But he was a frequent visitor to his homeland and wrote newspaper columns regularly keeping a close touch with Bangladesh and an eye on the country's affairs.

Before moving to Britain, Chowdhury worked as a journalist in different national newspapers in Dhaka and during the 1971 Liberation War, he worked for Joy Bangla, Jugantar and Anandabazar Patrika.

In the UK, Chowdhury founded a newspaper called the Notun Din while during his career as a journalist he authored 35 books like "Dan Pithe Shawkat", "Chandrodwiper Upakhyan", "Nam Na Jana Bhore", "Nil Jamuna", "Shesh Rajanir Chand" and "Polashi Thekey Dhanmondi".

His contributions to Bangla literary world was acknowledged even before Bangladesh's independence while he received Bangla Academy Literary Award back in 1967. He was awarded Sadhinota Padak in 2009.

He went to the United Kingdom for the treatment of his wife and could not return to Bangladesh for 22 years after Bangabandhu's August 15, 1975 assassination along with most of his family members.

His wife Selima Choudhury died in London while the couple have four daughters alongside the son.