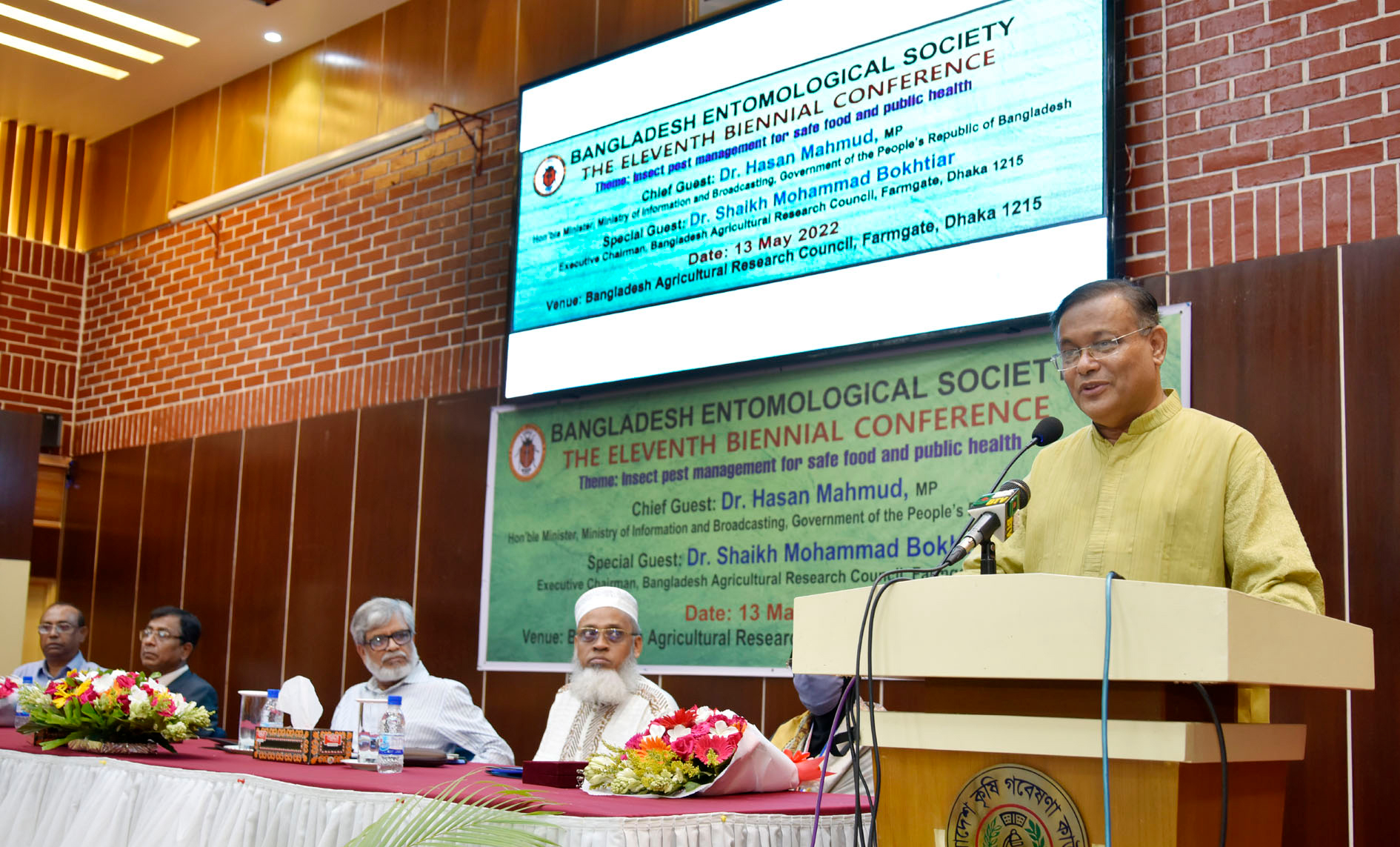 "If BNP makes any evil efforts to create disorder in the name of movement (over caretaker government), Awami League, along with the people, will give them a befitting reply," he said.

Hasan was talking to journalists before joining, as the chief guest, the 11th biennial council of Bangladesh Entomological Society at Bangladesh Agricultural Research Council (BARC) at Khamarbari here, said a press release.

He said the next parliamentary elections will be held under the Election Commission (EC) and the incumbent government will act as polls-time government as like as all democratic countries in the world.

In that way, elections will be held in Bangladesh and the incumbent government will discharge duties of running the country during polls, he mentioned.

He said in 2014, BNP had tried to resist the polls but they couldn't do so rather the journey of democracy continued.

In 2018, they again talked in the same manner and later they joined polls in alliance with different parties but won only five parliamentary seats, he said, adding that an empty vessel sounds much.

He urged BNP to take preparations for the next elections without making meaningless comments.

Asked about BNP's call for movement to oust the government, the AL joint general secretary said: "We have been listening to their talks of ousting the government for the last 13 years."

"We as well as the people know very well about the strength, capability and courage of the party. BNP's some leaders including Mirza Abbas, even being males, appeared before the court for bail in guise of female by wearing 'burqa' and its workers have no confidence in their leaders," he said.

But if BNP tries to carry out subservice acts, arson attacks to kill people as they did in the past, AL along with people will resist them, he said.

Ruling out BNP's allegation of not getting permission for holding rally or meeting, he said they don't take permission on many occasions.

Apart from that, they resort to vandalism and internal fighting which make the people frightened, he added.

If people get frightened, the government can't sit idle, he mentioned.

Later while speaking at the council, Hasan underscored the need for conserving agricultural land.

It should be kept in mind that unplanned urbanization and construction of establishments anywhere cannot destroy farmland, he said.

He said agricultural research increased food grain production manifold in Bangladesh. This trend should be continued on the way of prosperity, he said.