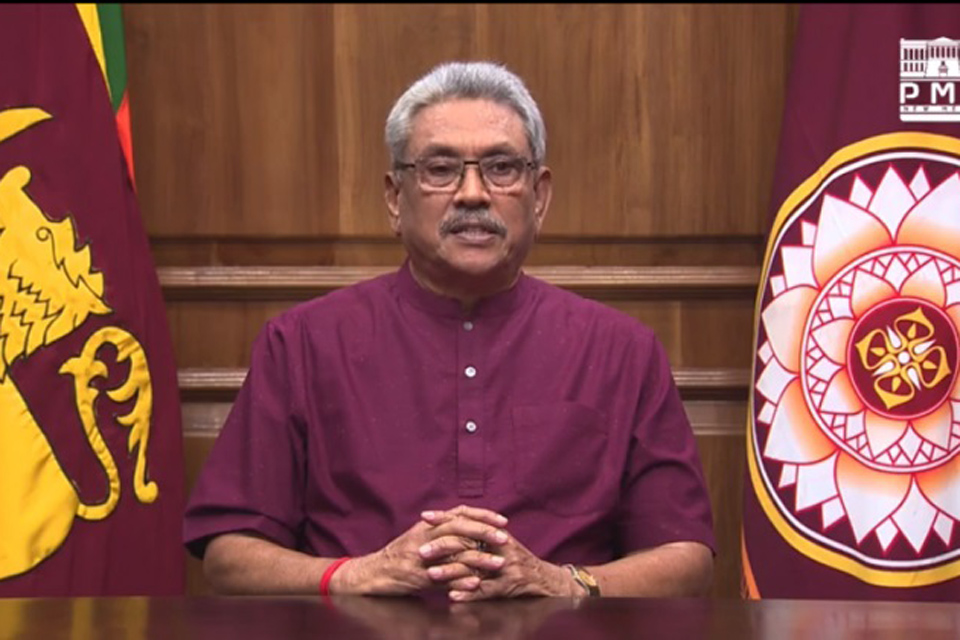 COLOMBO, May 12, 2022 (BSS/AFP) - Beleaguered President Gotabaya Rajapaksa was set to name a new prime minister Thursday to try to steer Sri Lanka out of its dire economic crisis after days of violence, officials said.

Respected five-time former premier Ranil Wickremesinghe was the frontrunner to head a "unity government" with cross-party support in the 225-member parliament and replace Rajapaksa's elder brother Mahinda who stepped down on Monday.

"A swearing-in is likely today unless there is a last-minute hiccup," a senior official close to the president told AFP.

In a televised address to the nation on Wednesday night, Rajapaksa stopped short of yielding to weeks of nationwide protests calling for him to resign.

The country of 22 million people is in its worst economic crisis since independence with severe shortages of food, fuel and medicines and long power cuts.

But in a bid to win over the opposition who wanted Rajapaksa to quit, the 72-year-old pledged to give up most of his executive powers and set up a new cabinet this week.

"I will name a prime minister who will command a majority in parliament and the confidence of the people," Rajapaksa said in the televised speech.

Mahinda Rajapaksa resigned as prime minister on Monday after his supporters attacked anti-government supporters and ran riot in Colombo.
This unleashed several days of violence that killed at least nine people and injured more than 200, with dozens of Rajapaksa loyalist homes set on fire.

Security forces patrolling in armoured personnel carriers with orders to shoot on sight anyone engaged in looting or violence have since cracked down on public disorder.

A curfew was lifted Thursday morning only to be reimposed after a six-hour break allowing people to stock up on essentials.

The main opposition SJB party was initially invited to lead a new government, but its leader Sajith Premadasa insisted that the president first step down.

However, about a dozen MPs from the SJB pledged support to Wickremesinghe, 73, who has been prime minister five times since 1993 and is seen as a pro-West free-market reformist.

Wickremesinghe is the only legislator from his United National Party (UNP) which was routed at the August 2020 election that gave Rajapaksa a two-thirds majority.

With the economic crisis, the Rajapaksa government began to unravel with mass defections to the opposition, but since April no group in the 225-member assembly enjoys an absolute majority.

Sri Lanka is in talks with the International Monetary Fund and others about a bailout package after a shortage of foreign currency forced it to default on its foreign debts last month.

The island nation's central bank chief warned Wednesday that the economy will "collapse" unless a new government was urgently appointed.