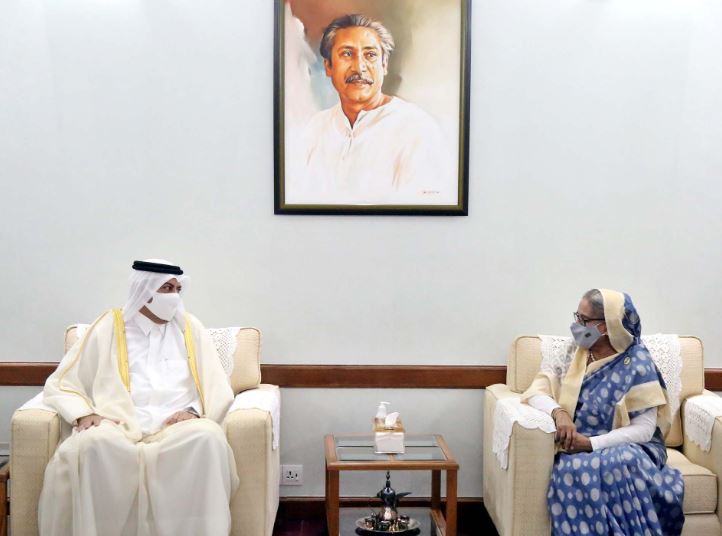 "Bangladesh is currently purchasing LNG from Qatar and the government wants to continue it for a long term period, " she said when Qatar’s newly appointed ambassador to Bangladesh Seraya Ali Al-Qahtani paid a courtesy call on her at the latter's official Ganabhaban residence here.

In reply to Bangladesh's desire to purchase LNG from Qatar, its newly appointed ambassador to Bangladesh said, they have a 15-year deal on LNG procurement with Bangladesh and hinted that the agreement could be extended for a longer term.

Welcoming the envoy of Qatar in Bangladesh, the Prime Minister hoped that the bilateral ties and cooperation between the two countries would further be consolidated in the coming days.

The envoy mentioned that Bangladeshi workers have been working efficiently to build stadiums in his country to host the upcoming World Cup Football -2022 scheduled to be kicked off in November next.

The Prime Minister in reply has offered more cooperation to this end.

She conveyed greetings to Amir and the Prime Minister of Qatar through Ambassador Seraya Ali Al-Qahtani.