Rampal plant to inject 660 MW to national grid from July 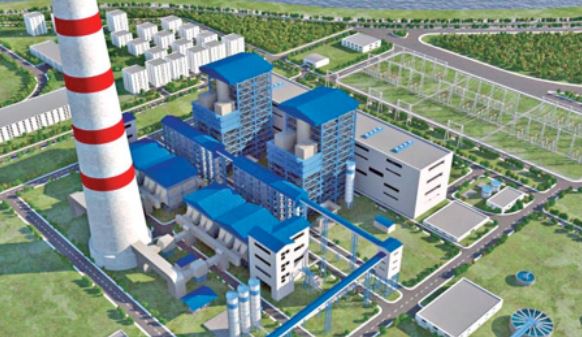 DHAKA, April 25, 2022 (BSS) - The ultra super critical thermal Rampal Power plant is expected to kick off its first unit in July this year to add 660 MW to the national power grid while it is set to go on full-fledged operation in November producing a total of 1,320 MW.

"With following the government's strict environmental policy, the 1,320 MW Moitree Super Thermal Power Project (Rampal) is being implemented with financial and technical support of India," an official familiar with the process told BSS here today.

He said as per the schedule authorities of the project have expected to start operation of its first unit having a generation capacity of 660 MW from July, while the second unit with same capacity will begin generation from November.

According to the project, Bangladesh-India Friendship Power Company Limited (BIFPCL), a joint venture company, has been constructing the power plant.

"We are very much concerned about environment as our Prime Minister strongly suggests protecting nature and environment in implementation of any uplift projects in the country," State Minister for Power, Energy and Mineral Resources Nasrul Hamid told BSS.

He said the government achieved tremendous success in power sector as it ensures cent percent electricity coverage. Achieving such a big success has been possible due to dynamic leadership of Prime Minister Sheikh Hasina, he added.

Hydro test of boiler combined, feed discharge and deaerator etc, of the first unit were completed on February 20, 2022 and chemical cleaning was completed on March 16, 2022. The air tightness test of reheat piping has been completed, while boiler insulation and painting work will be completed soon.

Necessary works related to boiler steam blowing and light-up is in progress. Demineralization (DM) and pre-treated water production is in operation. Coal storage path structural erection and belt laying of conveyor 2,3,4,5 have been completed. Coal Shed-1 and Limestone Shed Structure Erection has been completed. Erection and commissioning of switchgear and service transformer at different places is in progress.

Earlier, March 3, 2022, coal purchase and supply contract to the project jetty has been signed. The coal supply will start when the coal handling process will be ready.

The agreement to purchase limestone and supply it to the project jetty for sulfur removal in environmental protection was executed on April 6, 2022.