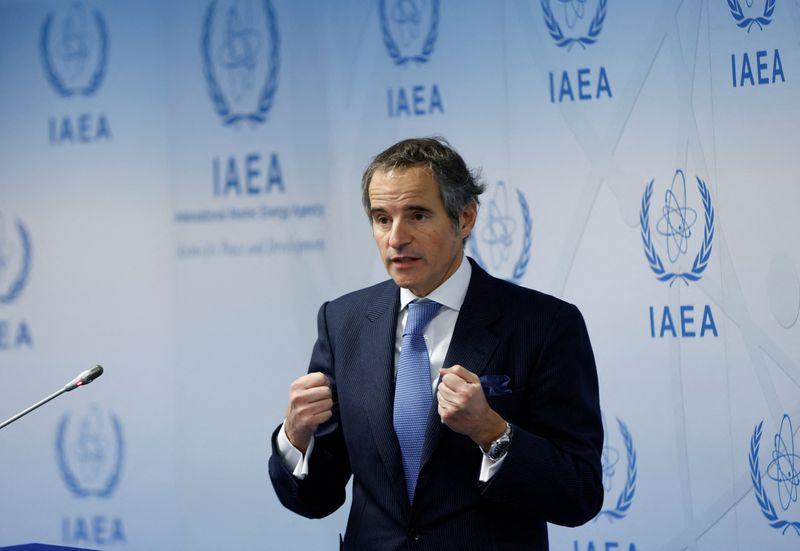 VIENNA, March 29, 2022 (BSS/AFP) - The chief of the UN atomic watchdog,
Rafael Grossi, is in Ukraine to discuss "the safety and security" of nuclear
sites there, the agency said Tuesday.

This is Grossi's first visit to Ukraine after Russia seized several
nuclear facilities, including Chernobyl, during its more than month-long
invasion.

"The aim of the director general's visit is to initiate prompt safety and
security support to Ukraine's nuclear facilities," the International Atomic
Energy Agency (IAEA) said in a statement.

Grossi is holding talks with senior government officials and will travel
to one of Ukraine's nuclear power plants during the week's visit, the agency
said, without specifying which one.

The visit includes the shipment of "vital safety and security supplies"
including monitoring and emergency equipment.

"The military conflict is putting Ukraine's nuclear power plants and other
facilities with radioactive material in unprecedented danger," Grossi said.

"Ukraine has requested our assistance for safety and security. We will now
start delivering it," he said.

Since the start of the Russian military offensive, the IAEA chief has
repeatedly warned of the dangers of the conflict -- the first to take place
in a country with a vast nuclear estate comprising 15 reactors, in addition
to Chernobyl, the site of the world's worst nuclear disaster.