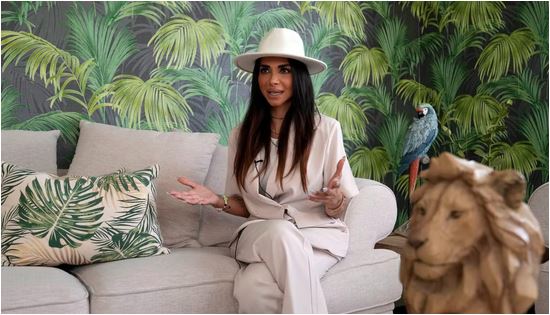 DUBAI, May 31, 2022 (BSS/AFP) - The Real Housewives reality television franchise is landing in Dubai, to mixed reactions among residents of the emirate long known as a playground for the rich.

Six women, only one of whom is Emirati, star in Bravo TV's "The Real Housewives of Dubai", which premieres on Wednesday, amid criticism that the show does not reflect reality on the ground in the emirate.

Much like the Real Housewives series filmed in Beverly Hills, Atlanta and New Jersey, the show will follow the lives of affluent women in Dubai, offering an inside look into their glamourous -- and often dramatic -- world.

A three-minute trailer reveals that themes like sex, money and fashion will continue on in the series' new iteration in Dubai, where foreigners make up the vast majority of the approximately three-million strong population.

And while the franchise has had a number of spinoffs outside the United States, "The Real Housewives of Dubai" will be Bravo's first original production in a non-US city.

Executive producer Andy Cohen vowed that the show would bring "conversations that we haven't heard before in the Housewives universe", according to a Bravo TV statement earlier this month.

"The rules of Dubai are different than the rules of Beverly Hills or Salt Lake City, and you're gonna be fascinated to hear how people live there," he continued.

"There are goats, there are fashion shoots in the desert, there's plenty of shade, and there's a lot of money."

While many have welcomed the new series, others in the emirate -- where the majority of the native population is Muslim -- took to social media to express their discontent.

"The housewives of my country are our mothers, our sisters, our daughters. They are the backbone in helping giving our children the proper upbringing," tweeted Emirati social media influencer Majid Alamry.

"Yes, we are a tolerant country, but that does not mean that others can walk all over our morals and values. And that series does not represent the real housewives of Dubai."

The wealthy United Arab Emirates -- made up of seven emirates including Dubai -- has undertaken ambitious steps to boost its position as a trade, entertainment and tourism hub and to diversify its economy away from oil.