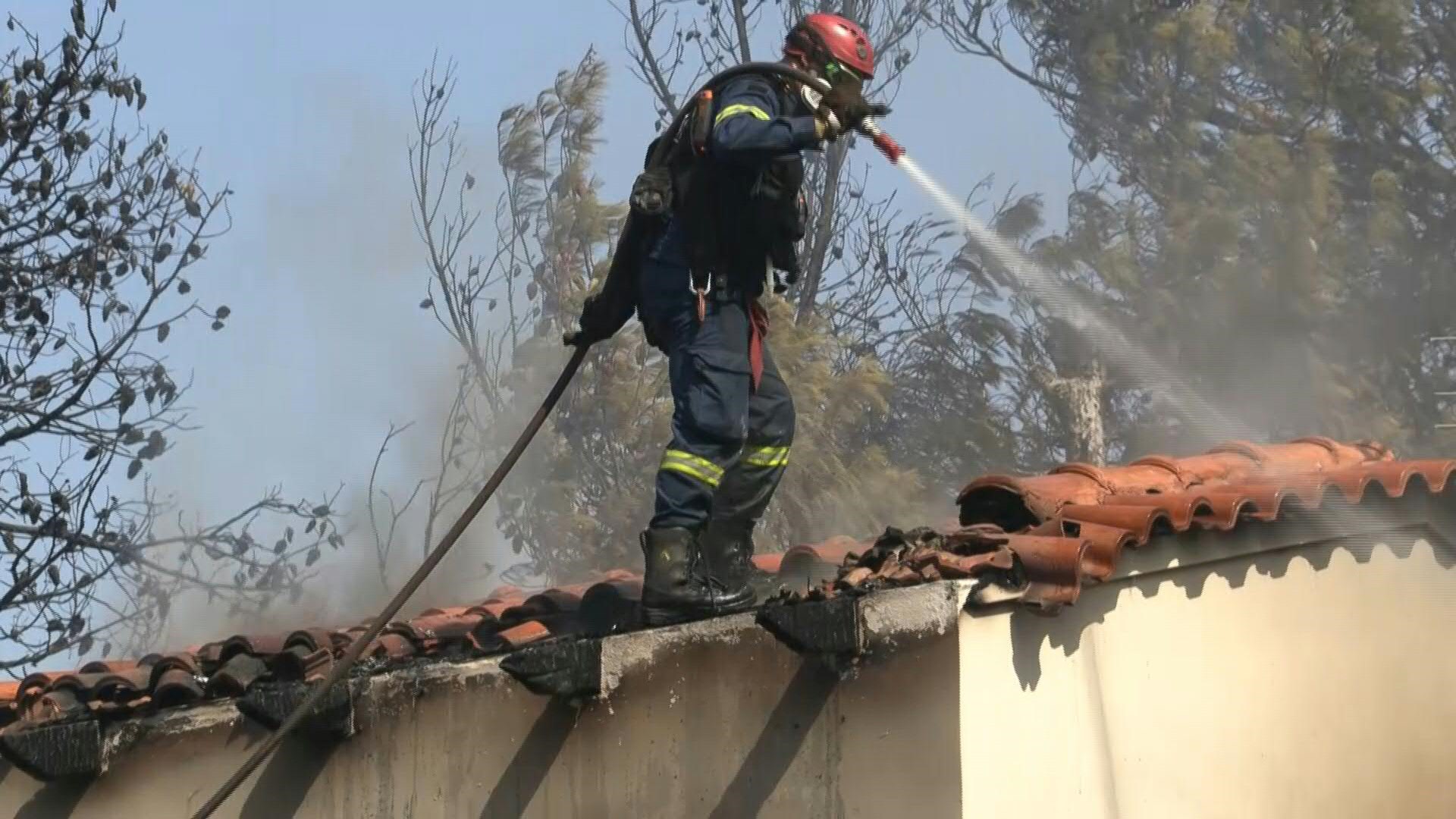 ATHENS, July 28, 2021 (BSS/AFP) - A fire scorched forests at the base of Mount Penteli north of Athens on Tuesday, threatening suburbs but without causing casualties, firefighters and local authorities said.

Four people were arrested as part of an investigation to determine the cause of the fire, Deputy Civil Protection Minister Nikos Hardalias said on state television ERT, without giving more detail.

The fire, which broke out late morning and was still burning on Tuesday afternoon, had damaged homes, said Yannis Kalafatelis, the mayor of Dionysos, one of the areas threatened by the blaze.

"The front of the fire is long and it is not yet over," he added on public television ERT.

"We were so scared," local resident Loukia Mpatsola told AFP.

"The fire broke out suddenly and in a half-hour we could see flames beside the house," she said.

"Fortunately, the authorities warned us."

"It's a disaster, all these burnt trees," said another resident, Maria Sofou. "It's unbelievable, setting a fire in a residential zone."

The fire was still not under control at the end of the afternoon, according to firefighters, but "the situation has improved", Hardalias said.

A total of 310 firefighters were mobilised, backed by 10 helicopters and eight firefighting planes, said the fire service, but strong winds were complicating operations.

Volunteers had also joined the fight against the blaze, but firefighters spokesman Vassilis Vathrakoyannis told Skai TV: "Nobody is in danger."

Smoke was billowing from the roofs of two houses and at least three cars had been burned out, an AFP photographer said.

ERT public television interrupted its programming for live coverage of the fire, the fumes of which reached central Athens, about 30 kilometres (20 miles) away where temperatures hovered at 38 Celsius (100 Fahrenheit) on Tuesday.

Forest fires regularly erupt in Greece during the summer months, including around Mount Penteli.

In July 2018, 102 people died when a fire fed by winds off the mountain raced through the coastal town of Mati, near Athens, in the country's worst-ever toll from a forest inferno.