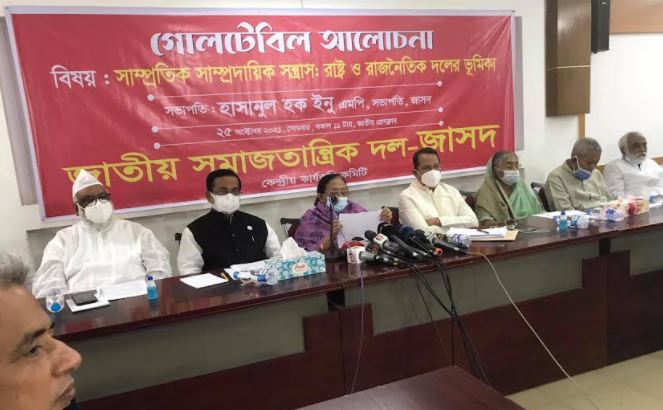 He said this while addressing a round table discussion organized by Jatiya Samajtantrik Dal (Jasod) at the National Press Club.

Nanak said the country is moving forward under the dynamic leadership of Prime Minister Sheikh Hasina, BNP`s conspiracy will not succeed, he added.

He also said the evil forces are spreading misleading information in the country, they have to be uprooted.

He said Father of the Nation Bangabandhu Sheikh Mujibur Rahman had worked  day and night for the country after independence, but defeated forces of the independence war killed Bangabandhu.

The power of pro-liberation forces has been revived after Sheikh Hasina came to power, Nanak said.