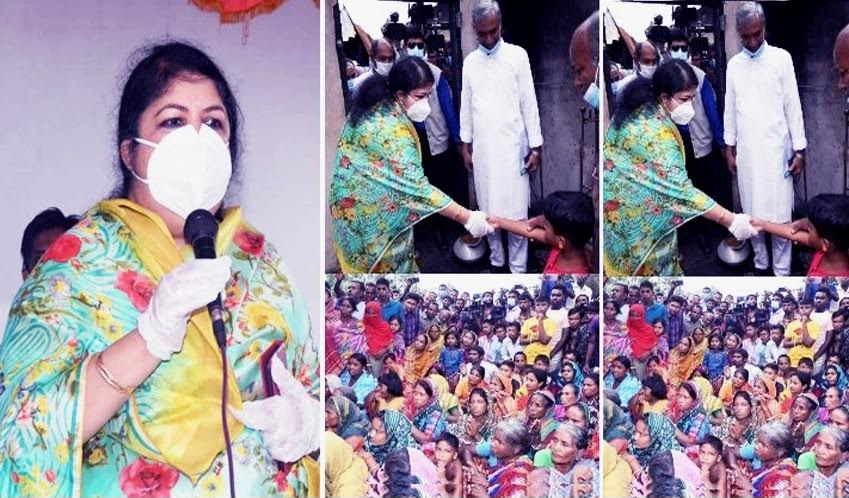 Strongly condemning unprovoked arson attacks in Majhipara under her Rangpur-6 constituency, she said a proper investigation would identify masterminds of the attacks and ensure exemplary punishment for the real culprits.

The Speaker said this while visiting an affected temple and damaged and burnt houses of the Hindu community and exchanging views with the victims in Baro Karimpur Majhipara village of Ramnathpur union in Pirganj upazila today.

Giving courage and reassurance to the victims, she said, "Prime Minister Sheikh Hasina is inquiring about the affected Hindu community families all the time."

Assuring that the local administration and the local Awami League (AL) and its associate bodies are and will be by their side, she urged the victim Hindu families not to be frightened but to be patient.

Later, the Speaker attended a views-exchange meeting held at the premises of Boater Hat RDS Dakhil Madrasa in Pirganj upazila as the chief guest.

Addressing the meeting, she said that no one is above the law of the land. Whoever is the culprit will be brought under the law and punishment will be ensured.

At the same venue, Dr Shirin Sharmin Chaudhury distributed Taka 10,000 to each of the 28 affected families and 100 bundles of corrugated iron sheets among them.

She said the local administration has already distributed saree, blankets and dry foods along with cooked foods among the victim families.

Mentioning that she is and will be by the side of the victim families, the Speaker said that help and cooperation would continue till their normal life is ensured.