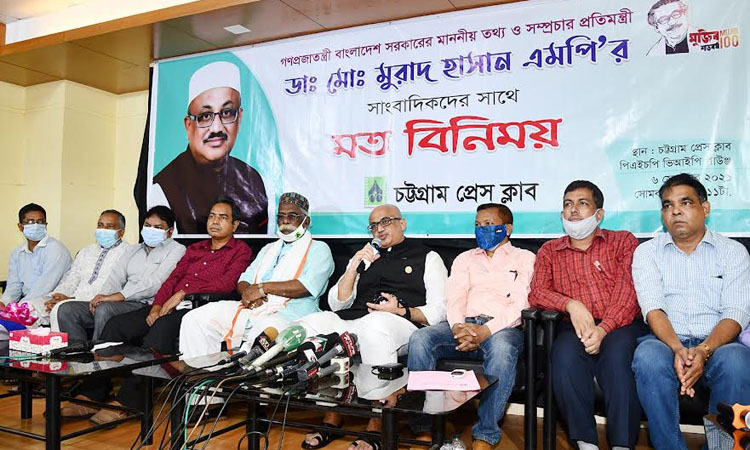 CHATTOGRAM, Sept 6, 2021 (BSS) – State Minister for Information and Broadcasting Dr M Murad Hasan today  said the museum, which is run by public money and  was named after Ziaur Rahman must be removed as he was involved in the   assassination of Father of the Nation Bangabandhu Sheikh Mujibur Rahman.

“The old Chattogram circuit house got  facelift and  named after Zia will be removed” , he said while exchanging views with the journalists at Chattogram Press Club here today.

Terming Zia as a Pakistani agent, the state minister said, “The museum   will be transformed into a circuit house again as no establishment run by  public money could be named after Zia.”

Chattogram circuit house that bears the history and tradition of the liberation war and many Bangalees had been martyred at the torture cell operated by the occupation forces here, Dr Murad said. So, for the interest of protecting the liberation war history and tradition, no museum could be named after the killer of Father of the Nation , he added.

MA Hannan had read out   proclamation of  independence first on behalf of Bangabandhu, said the state minister, adding that “So, why the microphone of that proclamation would be kept at   Zia  museum. It will be kept preserved at  Kalurghat Transmission Centre ", he noted.