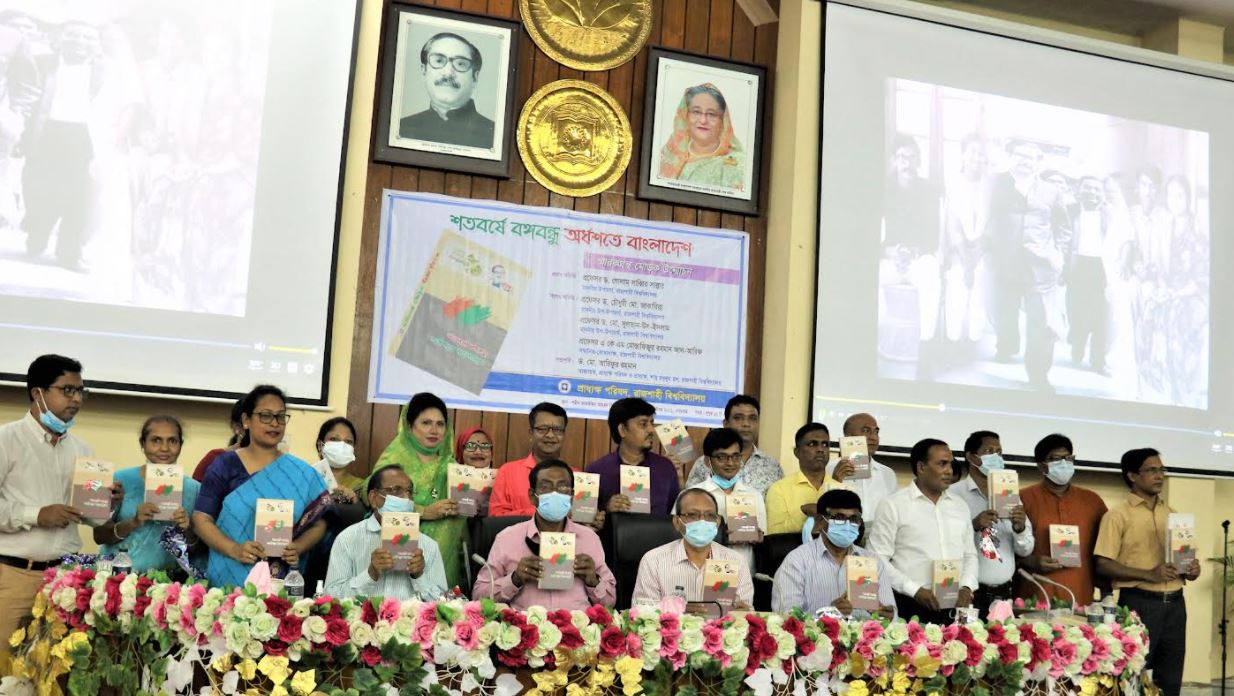 "They (people) should also hear the speeches of Bangabandhu minutely," he further said while addressing a discussion marking unfolding a book on Bangabandhu at RU Senate Building as the chief guest today.

As a result of Bangladesh's birth, now its people have got the rights of doing politics. Without Bangabandhu, the issue of Bangladesh couldn't be thought of, he added.

"Apart from a few anti-liberation thugs, the whole nation under the leadership of Bangabandhu fought and brought independence of the country and that's why the Bangalee nation embraced him as their closest one, affectionately decorating him with the honor of Bangabandhu," Prof Sabbir Sattar said.

The VC urged the members of the new generation particularly the students to know the life and works of Bangabandhu Sheikh Mujibur Rahman to become patriotic and Bengali nationalistic.

“The new generation must follow the ideals of Bangabandhu for becoming the patriotic citizens of the country,” he said.

Bangladesh emerged as an independent country in 1971 under the dynamic and farsighted leadership of Bangabandhu Sheikh Mujibur Rahman.

Prof Golam Sattar mentioned that Bangabandhu had shown dreams of Bangalee's economical, political and communal emancipation. As a whole, Bangabandhu was himself Bangladesh as the then seven and half crore people have fought for independent Bangladesh led by the great leader.

"The farsightedness, inner vision and political brilliance of Bangabandhu were so sharp that he could proclaim independence of Bangladesh by transforming the 6-point charter of demand (for autonomy of the then East Pakistan) into a one-point demand," he said.

Bangabandhu's only devotion was to achieve economic emancipation of people, build a poverty-free nation and thus establish a Sonar Bangla to bring smiles on the faces of Bangalees.