President asks army to stand by needs of people 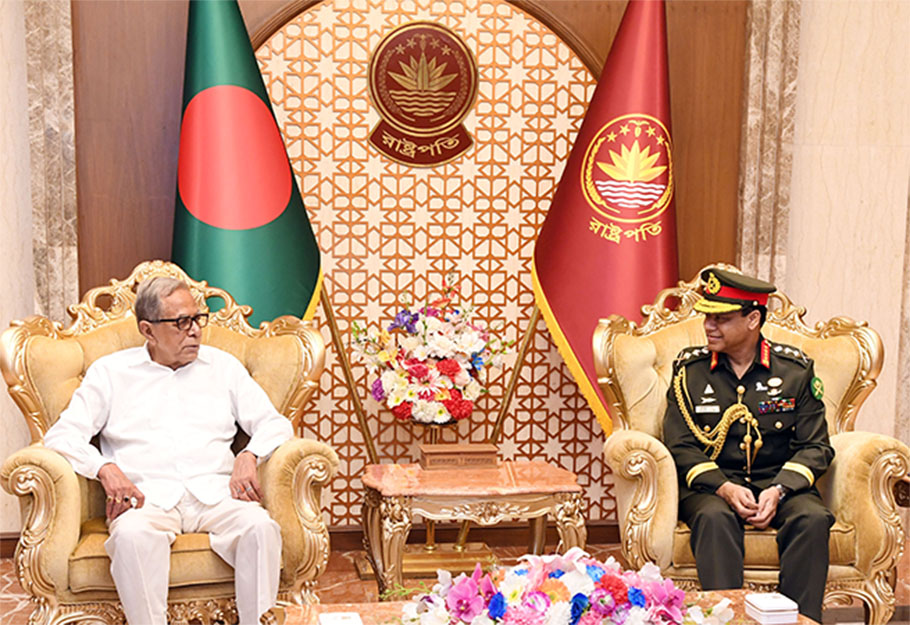 DHAKA, June 24, 2021 (BSS) - President M Abdul Hamid  asked the members of Bangladesh Army to stand by the people at the time of their needs as the new Chief of Army Staff General SM Shafiuddin Ahmed called on him at Bangabhaban here this evening.

Recalling the outstanding contribution of the army personnel at the time of country’s need, Abdul Hamid said the army has always come forward in times of crisis, including various natural disasters.

President Hamid hoped that under the efficient leadership of the new chief, the Bangladesh Army would become an international standard force in future equipped with modern technology.

It would also play a leading role in the needs of the country, the head of the state hoped.

During the meeting, the new army chief sought the President's guidance and overall cooperation in doing his assignments in the days to come.