All achievements of Bangalees come under AL’s leadership: Hasan 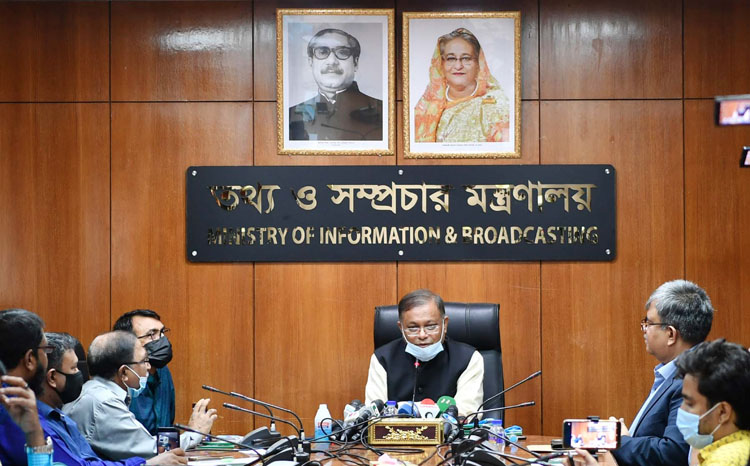 The minister stated these while addressing a programme marking the AL’s 72nd anniversary at the meeting room of his ministry at Secretariat in the capital.

Hasan said the then drawing room-based politics reached to common people after the formation of Bangladesh Awami League on June 23 in 1949. At first, it was Awami Muslim League but later Awami League emerged as a non-communal party by deleting the word 'Muslim'.

He said there was no constitution of Pakistan until the Awami League formed the central government in 1956. The first constitution was drafted under the leadership of Nikhil Pakistan Awami League President Shahid Suhrawardy, he added.

The minister said Father of the Nation Bangabandhu Sheikh Mujibur Rahman had declared the Six-Point Demand with the aim of preparing the entire nation for independence eventually. Awami League won landslide victory in the 1970’s election with the unwavering support of the people of the country, he added.

In this context, Hasan said, the non-cooperation movement and later the struggle for freedom, the declaration of independence, the Liberation War and the independence of Bangladesh were held under the leadership of Bangabandhu. For this, the name of Awami League is linked with all achievements of Bangladesh, he added.

He said, “We would have lost the culture of Bangalee. We have been able to save our culture, our language as the country achieved independence under the leadership of Bangabandhu and Awami League. Even, the 21st February has been recognized as the International Mother Language Day under the leadership of Bangabandhu’s daughter Prime Minister Sheikh Hasina.”

The minister said Bangladesh has already graduated to a middle-income country from least development one under the dynamic leadership of Prime Minister Sheikh Hasina. Bangladesh has been turned into a food surplus country from a food deficit one, he added.

Even, the country (Bangladesh) left behind India in per capita income, he said, adding Bangladesh left behind Pakistan in every index including social, economic and human.

The achievements have been possible only for the farsighted leadership of Prime Minister Sheikh Hasina.

The minister emphasized on airing Hawaiian guitar based function at all televisions along with radio.

BHGSP members Kabir Ahmed, Md Shafiullha Khokan, Md Forhad Aziz and Abdur Rouf, among others, were present in the programme.