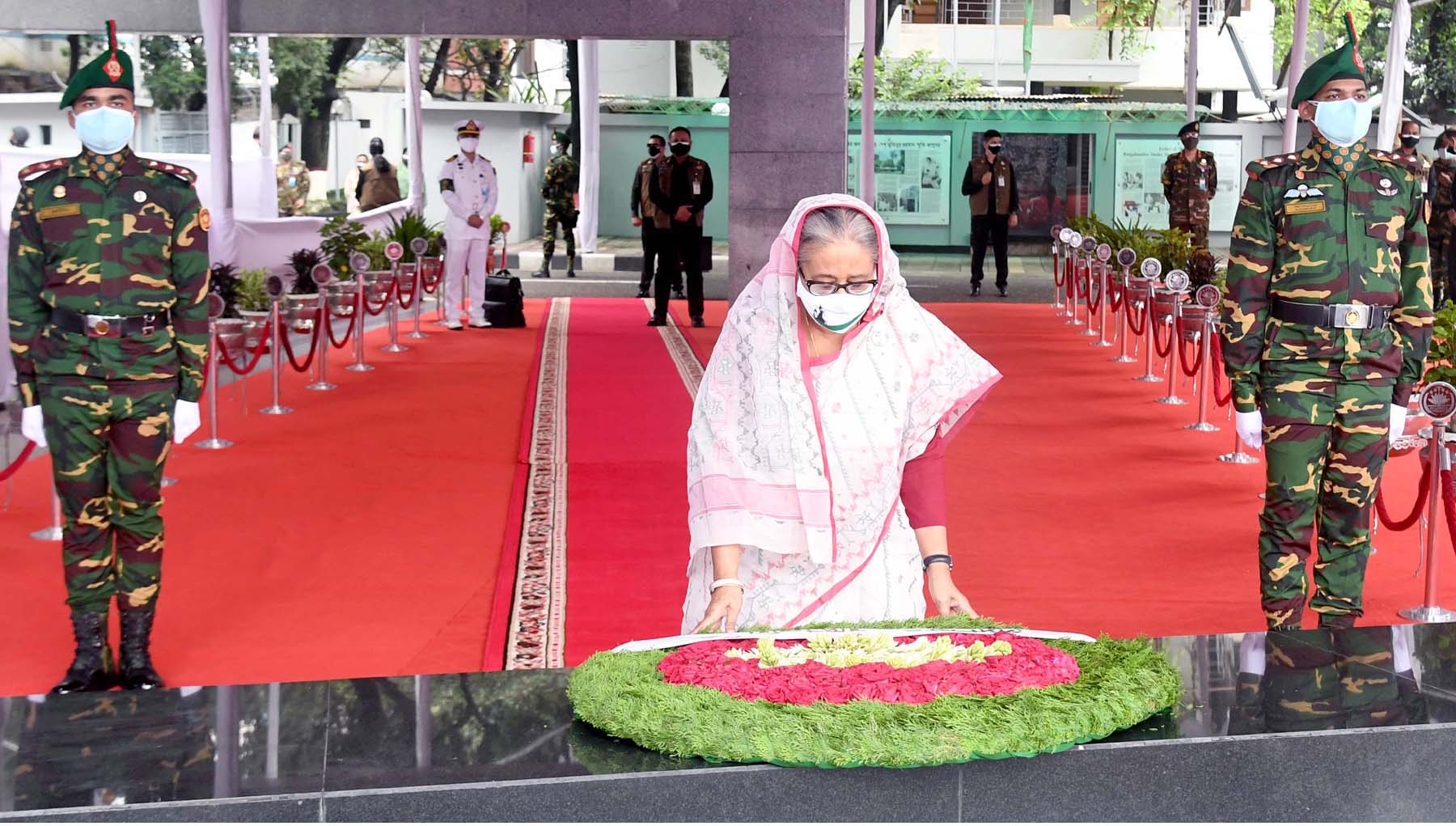 To mark the anniversary, she placed a wreath at the portrait of the Father
of the Nation at Bangabandhu Memorial Museum at Dhanmondi-32 here this
morning.

After laying the wreath, Sheikh Hasina, also President of the Awami League,
stood in solemn silence for sometimes as a mark of profound respect to the
memory of Bangabandhu.

Bangladesh Awami League was formed on this day in 1949, which later
transformed into the biggest political party of the country to lead struggles
of freedom, the War of Liberation and all democratic movements.