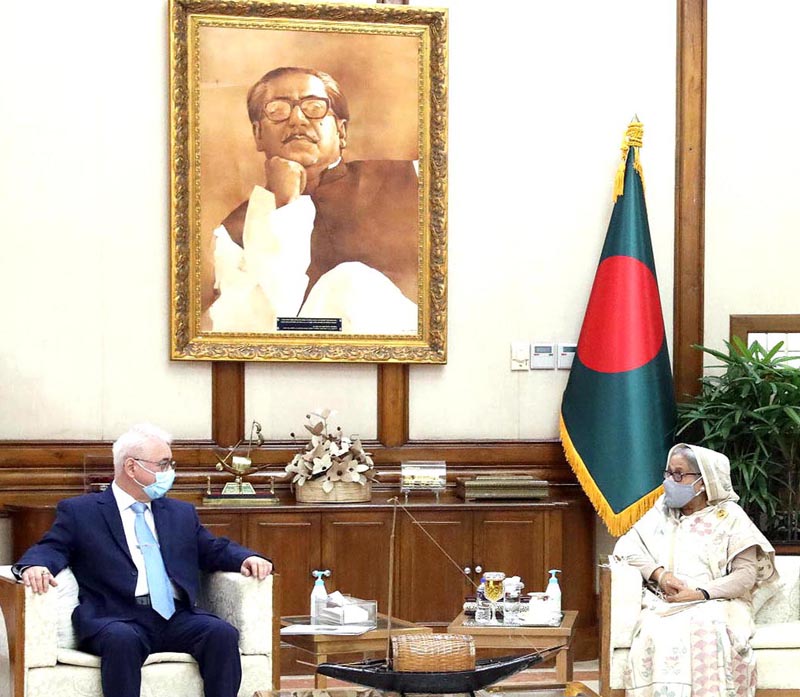 emphasis on expanding fields of cooperation with Moscow, saying Bangladesh
will welcome Russia's investment in its jute industry.

"Bangladesh will welcome Russian investment in jute," the premier said
while newly appointed Russian Ambassador to Bangladesh Alexander Vikentyevich
Mantytskiy called on her at her official residence Ganabhaban here.

He said both of them stressed the expansion of areas of cooperation in
various sectors alongside agreeing to explore the possibilities in the
agriculture sector.

Profoundly recalling the support of the then Soviet Union during the
Bangladesh's War of Liberation, she said, "The country has supported us
strongly at our struggling time (during the War of Liberation). So they are
in a special place of our heart."

Sheikh Hasina mentioned that many Bangladeshi students had studied in
Russia, especially in medical science.

Russian Ambassador Alexander Vikentyevich Mantytskiy said he was in Dhaka
20 years back, but the present development of the country is "massive and
remarkable".

He stated that the friendship between Bangladesh and Russia has started
since 1971 as the then soviet Russia had extended cooperation to the country.

He noted that trade and commerce between the two countries have increased
substantially.

Talking about various agreements between the two countries, he said those
have to need to be updated.

He also put emphasis on strengthening cooperation in defence sector between
the two countries.