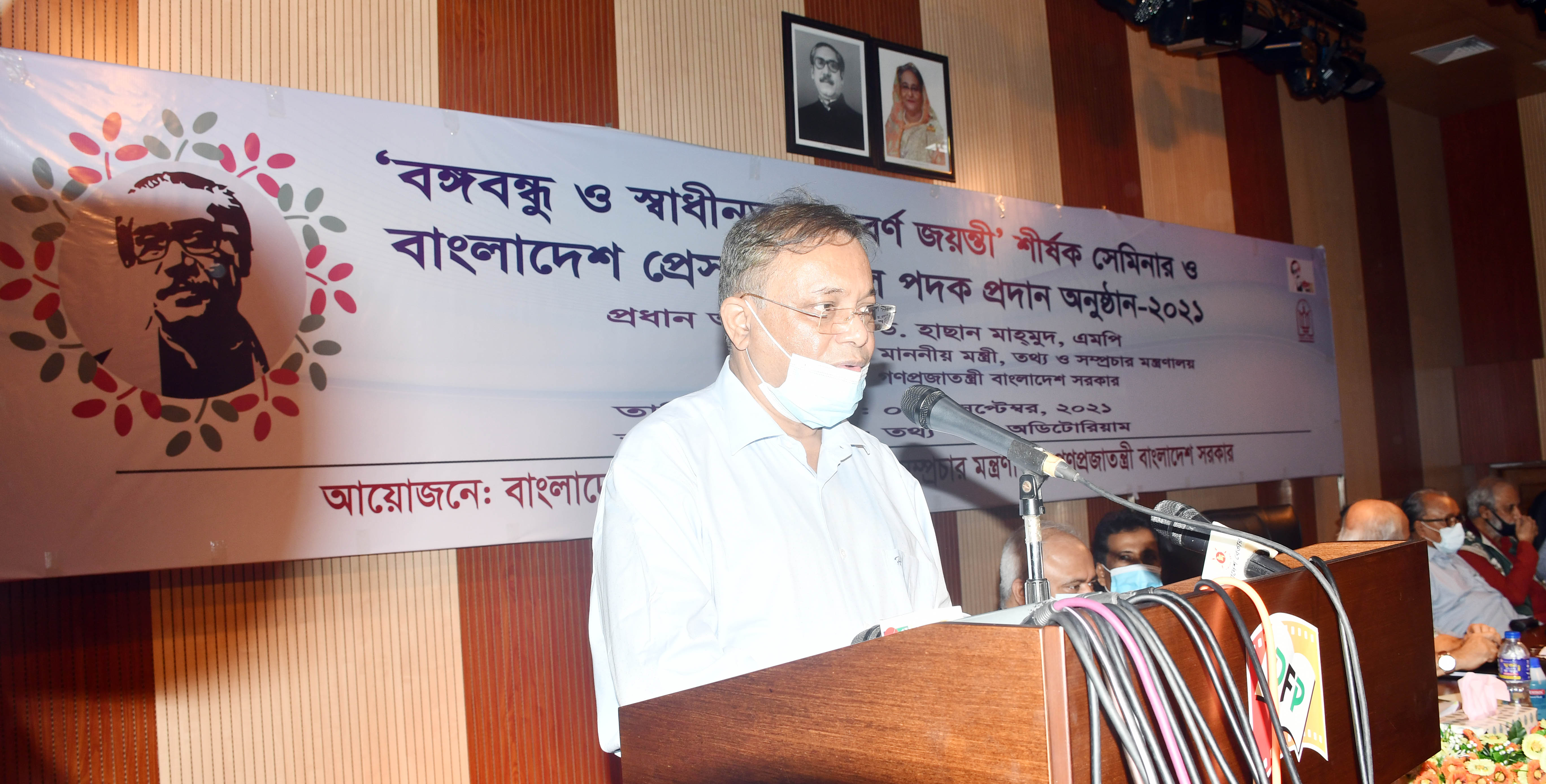 “The call of mass movement doesn’t suit Mirza Fakhrul Islam Alamgir. . . the call for mass upsurge by Fakhrul with some Jubo Dal and Chhatra Dal activists is ridiculous,” he told reporters.

Earlier, the minister addressed a seminar on Bangabandhu and golden jubilee of the independence and Press Council Award giving ceremony at Tathya Bhaban in the city’s Circuit House Road.

Hasan, also Awami League joint general secretary, said BNP has been giving same statements of mass movement for the last twelve and a half years. In fact, the leaders and activists of the party (BNP) don’t give response to their call, he added.

Criticising another comment of the BNP leader, he said democracy has been established under the dynamic leadership of Prime Minister Sheikh Hasina and multi-party and multi-dimensional democracy exists in the country. Multi-party including BNP is represented in parliament, he added.

The minister said Mirza Fakhrul is of the habit of telling loudly in every morning, afternoon and evening that there is no democracy and his (Fakhrul) unnecessary criticism proves that there is democracy in the country and there is freedom of speech.

About increasing the capability of Press Council, the minister said the law of the council would be modernized. Mass media witnessed a vast revolution in the last decade under the dynamic leadership of Prime Minister Sheikh Hasina, said Hasan.

In line with the progress, the capability of the Press Council would be increased. For this, work is going on to modernize the existing law, he added.