At least 23 dead after bus plunges off cliff in Bolivia 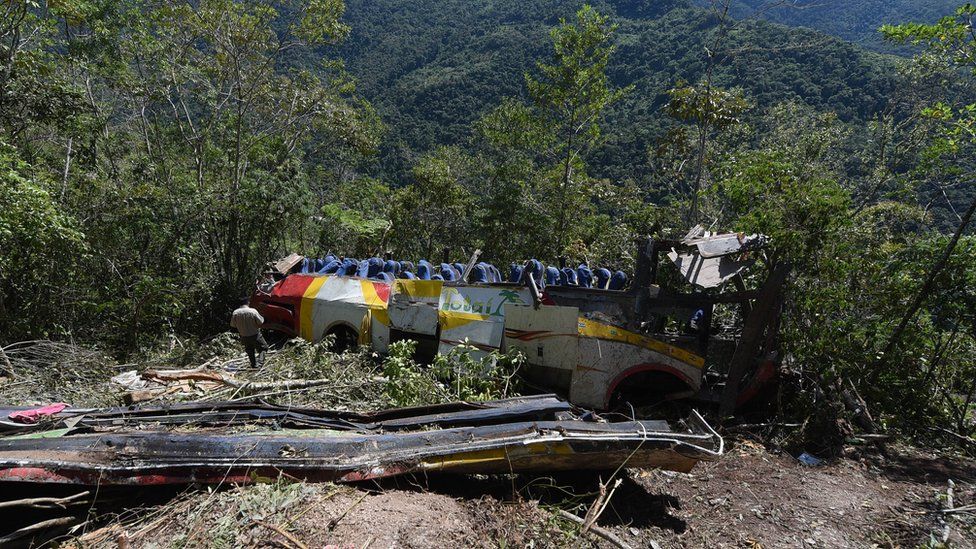 three children, were killed after a bus plunged off a cliff in
central Bolivia, police and witnesses said.

"I stepped on the brake and there was no brake," said the
driver, whose wife died in the accident.

The dead also included three children aged one, two and six,
according to the police Facebook statement. Five other victims
remain to be identified, it added.

The 13 people injured in the incident, which occurred about 50
kilometers from the regional capital, were taken to nearby
hospitals.

Police said the cause of the accident was being investigated.

In a similar incident in March, 20 people died, while last
September, 19 were killed when a bus drove off a cliff elsewhere
in Bolivia.