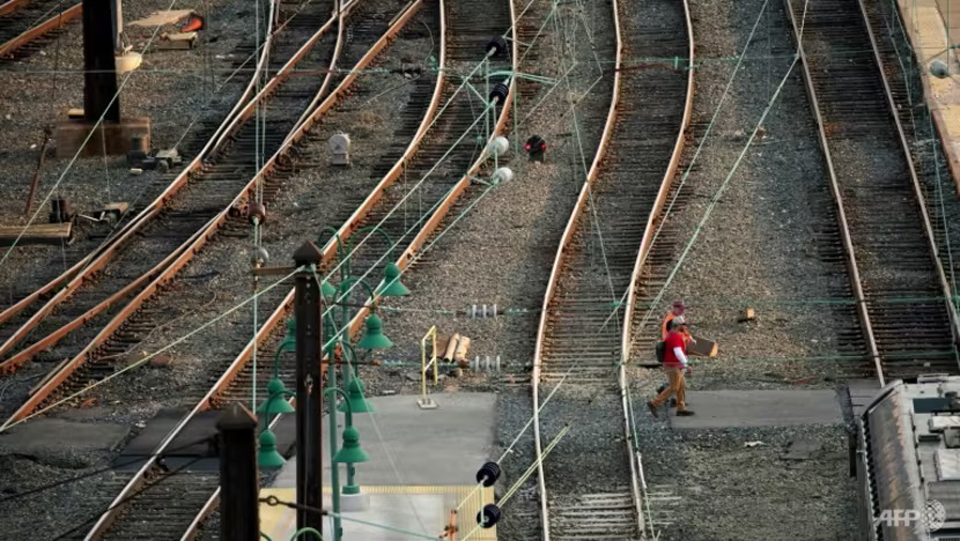 WASHINGTON, Dec 2, 2022 (BSS/AFP) - The US Congress passed legislation Thursday to avert a freight rail strike that could have been devastating for the economy, intervening to break an impasse between workers and management as the holiday season approaches.

The bill, overwhelmingly approved by the Senate Thursday after passing with a bipartisan majority in the House of Representatives a day earlier, effectively forces hold-out unions to accept a deal on higher wages, to which a majority of unions already agreed.

After the 80-15 Senate vote, the measure now heads to President Joe Biden for his signature.

Under a 1926 law, Congress is empowered to resolve disputes between railroads and labor unions as part of its power to regulate commerce.

"Working together, we have spared this country a Christmas catastrophe in our grocery stores, in our workplaces, and in our communities," said Biden in a statement after the vote.

While he expressed "reluctance" to override union ratification procedures, "in this case, the consequences of a shutdown were just too great," he added.

A strike would have seen almost 7,000 freight trains come to a halt, costing more than $2 billion a day, according to the American Association of Railroads.

Biden's administration had taken a hands-on approach to the long-running deadlock over a contract between organized labor and railroads, with cabinet secretaries in September taking part in all-night negotiations alongside union leaders and rail executives.

After the lengthy session, leaders from both sides announced a tentative agreement.

But since then, members of eight of the 12 rail unions approved the deal, while four voted it down.

While the House earlier backed a separate measure to add mandated paid sick time to the agreement, addressing a major sticking point identified by unions, this did not pass in the Senate on Thursday.

The Senate also failed to approve an amendment for a cooling-off period between workers and management.

But Biden told reporters Thursday that he "negotiated a contract no one else could negotiate."

But Sean O'Brien, general president of the Teamsters union, said in a tweet that it was "horrific" there were not 60 senators willing to fight for rail workers' basic rights, referring to the outcome on the sick days measure.

Meanwhile, the Brotherhood of Railroad Signalmen added that "the actions of many today demonstrated they are for the corporate class," despite elected members of Congress campaigning on supporting workers.

"The dereliction of duty and inability to hold corporations accountable for a lack of good faith to their employees will not be forgotten," the union said in a statement.

The agreement includes a 24 percent pay increase for workers. However, critics in organized labor had slammed a lack of guaranteed paid sick leave, an omission seen as evidence of "unchecked corporate greed," as one leading union put it.

The failure of the agreement to win universal approval among unions had set the stage for a potential strike on December 9.

And the prospect of rail paralysis presented a major political risk for Biden, whose administration is already grappling with decades-high inflation and risks of a slowing economy.

A freight freeze would also have impacted passenger service because some passenger trains run on tracks owned by freight companies.

"I made it really clear. I'm going to continue to fight for paid leave for not only rail workers, but for all American workers," Biden said Thursday.

While noting "significant" gains in the agreement, the Association of American Railroads conceded in a statement that there remains "more to be done" to address workers' work-life balance concerns.

The National Retail Federation said it was "grateful for the swift action in Congress this week" to implement the tentative agreement, and that a nationwide rail strike would have had "devastating" economic consequences.