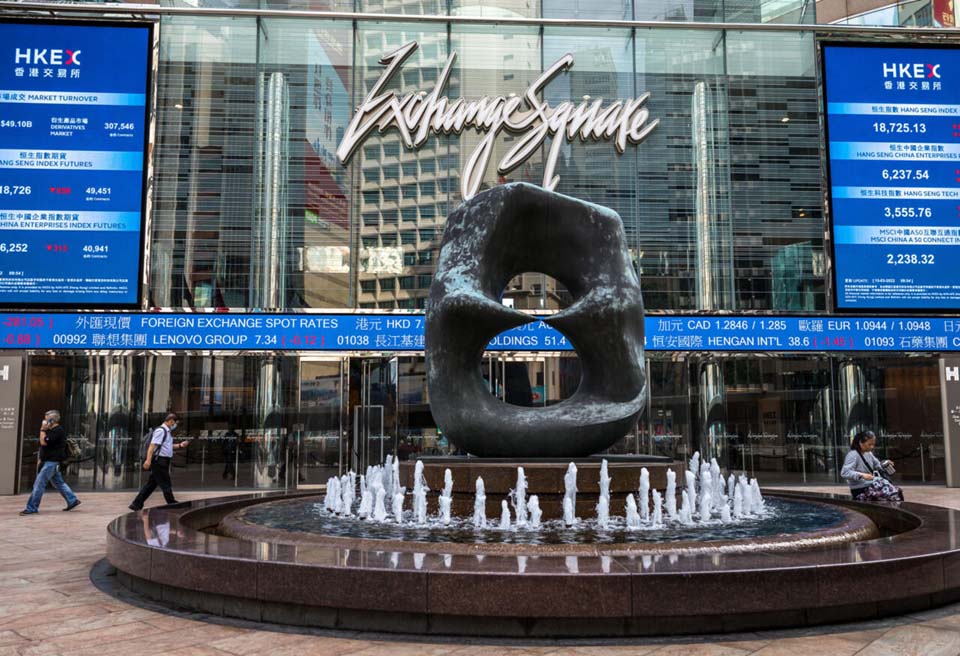 HONG KONG, Dec 1, 2022 (BSS/AFP) - Asian stocks extended a global rally Thursday and the dollar fell after Federal Reserve boss Jerome Powell flagged a slowdown in the pace of interest rate hikes and China opened the way for a softer approach to fighting Covid.

A growing sense of hope that months of sharp monetary tightening around the world is finally reining inflation back from its decades-long highs sent equities surging in November, even as policymakers warned more work had to be done.

And in a much-anticipated speech Wednesday, Powell said that the full effects of the Fed's belt-tightening had yet to be felt but that it "makes sense to moderate the pace of our rate increases as we approach the level of restraint that will be sufficient to bring inflation down".

He signalled the December gathering would likely see officials lift borrowing costs 50 basis points, having pushed them up by a bumper 75 points at the past four meetings.

However, he did say policy would need to remain tight "for some time" to restore price stability, echoing comments from other Fed officials who have suggested there might not be any cuts until 2024.

Analysts said the reaction to Powell's remarks -- which had been expected to be his most dovish in some time -- highlighted a sense of relief among investors that a long-hoped-for pivot was in the cards.

All three main indexes on Wall Street surged, with the Nasdaq leading the way as rate-sensitive tech firms rocketed.

The gains extended November's rally and helped claw back more of the hefty losses suffered for much of 2022.

The dollar was also suffering a sell-off, having soared across the board this year as Fed monetary policy diverged more and more from other central banks.

Investors were "putting those nasty thoughts of a bear market to bed as the December Santa Rally springs alive", said Stephen Innes at SPI Asset Management.

"Indeed investors are revelling in the afterglow of moderating Fed signals. And with the Fed done with jumbo hikes, it's seemingly enough to mark the bottom in the bear market and could lead to a sustainable rally."

He added that bets on rates topping five percent were fading and the advance in markets could push into the new year, with another slowdown in November inflation potentially fuelling a bull rally -- when a market rises 20 percent from its recent low.

"Still," he warned. "Inflation will need to play along."

In another sign of hope, data earlier showed that eurozone inflation eased for the first time in 17 months in November.

Hong Kong led the gains in Asia again, with tech giants including Alibaba and Tencent tracking massive gains in their US-listed stock, while Shanghai was also well up.

Those rallies were also helped by signs that China is edging towards a more pragmatic approach to fighting the coronavirus, having hammered the economy this year with its strict Covid-zero strategy of lockdowns and mass testing.

After widespread unrest against the measures -- and calls for more political freedoms -- authorities have announced moves aimed at loosening some restrictions.

On Wednesday, Vice Premier Sun Chunlan, who is heading China's Covid campaign, told the National Health Commission that the fight was entering a new phase as Omicron weakens and more people are vaccinated.

Bloomberg News also noted that she did not refer to "dynamic Covid-zero", the term used to explain Beijing's strategy.

"It is clear that the authorities are setting the stage for Covid measures to be relaxed," Justin Tang, at United First Partners, said. "Equity prices will see a boost as China joins the rest of the world in living with Covid."