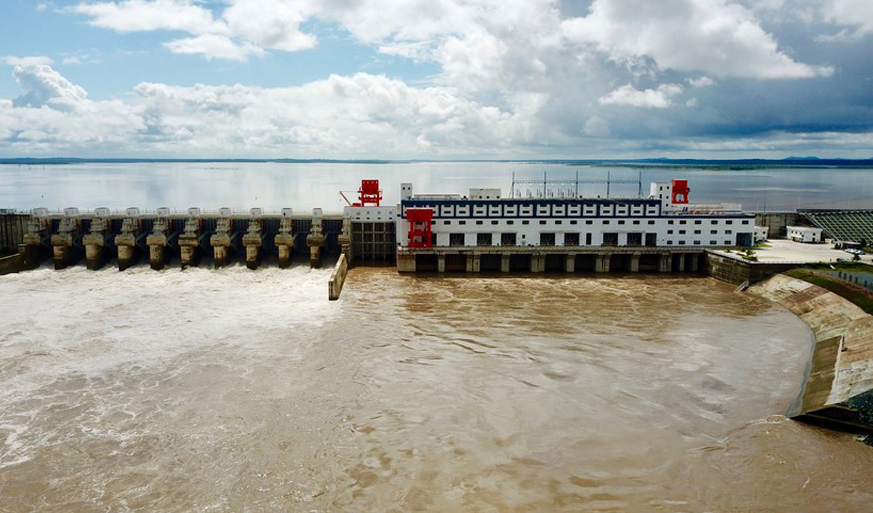 Kao Kim Hourn, a minister attached to the prime minister of Cambodia, said BRI is one of the important frameworks helping Cambodia attract investment for infrastructure development.

"As a country that had suffered heavily from war and conflict, our infrastructure was not there, so we need investment to develop roads, bridges, and ports among others," he told Xinhua in a recent interview.

"BRI has been one of the key priorities for Cambodia to develop our infrastructure."

Kim Hourn, who will take over the post of ASEAN secretary-general in January 2023, said BRI has provided tremendous benefits not only to Cambodia, but also to all participating countries.

"Cambodia, as a country that produces a lot of rice and contributes to ensuring food security, also needs investment in the irrigation system, and this kind of infrastructure projects require a lot of capital, so BRI is a framework that can help us attract investors," he said.

BRI, a reference to the Silk Road Economic Belt and the 21st Century Maritime Silk Road, was initiated by China in 2013 to build trade and infrastructure networks connecting Asia with Europe and Africa on and beyond the ancient Silk Road trade routes.

"These projects have provided and will continue to provide a lot of tangible benefits to the economy and people of Cambodia," he told Xinhua.

"The BRI projects here are sincere with no strings attached, and their aim is to help boost our socio-economic development and improve our people's livelihoods."

Joseph Matthews, a senior professor at the BELTEI International University in Phnom Penh, said BRI has played a very important role in helping countries cushion the economic fallout of the COVID-19 pandemic.

"BRI remains a driving force to continue expanding cooperation among countries in the region and the world at large for the cause of peace, security, prosperity and sustainable development," he told Xinhua. "It is becoming the new engine of global economic growth."

Other Southeast Asian nations such as Laos, Thailand, Indonesia, and Malaysia, have also greatly benefited from BRI, Matthews said.

The China-Laos Railway, a landmark project of high-quality Belt and Road cooperation, runs 1,035 km, including 422 km in Laos, from the city of Kunming, southwest China's Yunnan Province, to Lao capital Vientiane. It started operation in December 2021.

"I traveled to Oudomxay province by the train. It took only over two hours and it was convenient." Bounleuth Luangpaseuth, vice president of the Lao National Chamber of Commerce and Industry, told Xinhua.

As a docking project between the Belt and Road Initiative and Laos' strategy to convert itself from a landlocked country to a land-linked hub, the railway will slash the travel time between Vientiane and Kunming to about 10 hours.

"The Laos-China Railway transformed Laos from a land-locked country into a land-linked hub in the region. The railway will be an important piece of infrastructure that increases the nation's transportation connectivity with other parts of the region. The railway would definitely play an important and positive role in promoting trade and investment in Laos, and it will create thousands of local jobs," Luangpaseuth said.

"The cooperation between China and ASEAN will not be limited to the field of goods trade, and will be expanded to closer and more professional cooperation on service trade in the future," the entrepreneur said.

In his perspective, China has effectively promoted ASEAN's economic development through the Belt and Road Initiative, global cooperation on the industrial chain and supply chain, as well as various favorable policies provided by the China-ASEAN Free Trade Area.

For example, the Jakarta-Bandung High-Speed Railway, which links China's Belt and Road Initiative and Indonesia's Global Maritime Fulcrum strategy, is expected to start operation in June 2023.

With a design speed of 350 km per hour, the railway built with Chinese technology will cut the journey between Jakarta and Bandung, capital of West Java province, from more than three hours to around 40 minutes.

Another example of the BRI project synergizing with the development scheme of an ASEAN country could be found in Vietnam's capital Hanoi, a city crowded with millions of motorbikes and cars, where commuters are longing for alternative ways of traffic.

Built by the China Railway Sixth Group and as an important project of the synergy of BRI and Vietnam's "Two Corridors and One Economic Circle" plan, the Cat Linh-Ha Dong line, more than 13 km with 12 stations covering three districts in Hanoi, has transported around 7.2 million people since last November.

With a designed speed of 80 km per hour, each train has four carriages capable of carrying up to 1,000 people. Local newspaper Vietnam News reported that on average 32,000 passengers take the line every day, and 70 percent of them use monthly tickets.

Like many other capitals, Hanoi sees a large number of passengers, mostly workers and students, at rush hour, and serious traffic congestion and environmental pollution, which made developing the railway system necessary, said Vu Hong Truong, CEO of Hanoi Metro, a state-owned enterprise for railway operation and maintenance.