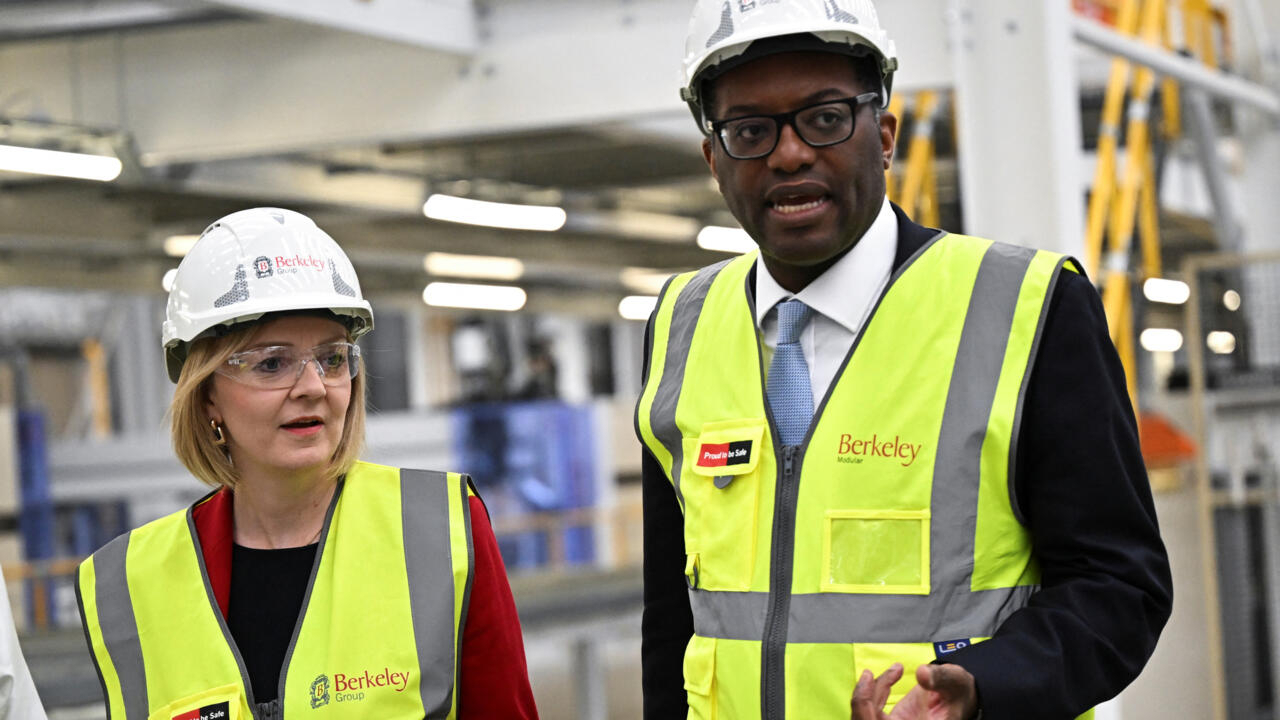 Less than a month into the job, the new Tory leader will sit down with the
BBC in Birmingham, where the party is kicking off its four-day gathering, and
is expected to again defend her controversial economic plans.

Opposition parties, much of the public and even Conservative MPs -- notably
backers of her defeated leadership rival Rishi Sunak -- are aghast at the
debt-fuelled proposals to cut taxes unveiled by Truss and finance minister
Kwasi Kwarteng.

Markets tanked in response to the package, and the Bank of England staged an
emergency intervention to bail out embattled pension funds, setting the stage
for a difficult few days in Birmingham.

Breaking nearly a week of silence, Truss held a round of broadcast interviews
with regional BBC stations on Thursday -- when her awkward pauses generated
almost as many headlines as her defence of the plan.

She then followed up with further interviews and a newspaper article Friday
in which she vowed to press on with the policies but get "an iron grip" on
public finances.

"I am going to do things differently. It involves difficult decisions and
does involve disruption in the short term," she wrote in The Sun tabloid.

"Not everyone will like what we are doing, but I want to reassure the public
that the government has a clear plan that I believe is right for the
country."

Sunday's live TV appearance is her first before a national UK audience since
Kwarteng unveiled the contentious proposals on September 23, and comes after
a raft of polls showed a dramatic slump for her party.

One poll Friday by YouGov found that 51 percent of Britons think that Truss
should resign -- and 54 percent want Kwarteng to go.

Several other polls in recent days showed the opposition Labour party with
mammoth leads of up to 33 points over the Conservatives -- its biggest since
the heyday of former Labour prime minister Tony Blair in the late 1990s.

Echoing Blair, Labour leader Keir Starmer says that his party now represents
mainstream UK voters, and has demanded Truss recall parliament rather than
press ahead with her conference.

As it is, both Sunak and former prime minister Boris Johnson are reportedly
staying away from Birmingham.

But Truss will have plenty of critics lying in wait at what the Tories bill
as Europe's largest annual political event.

Protesters angry at rising energy bills and the government's handling of the
worsening cost-of-living crisis massed in London and Birmingham Saturday,
with more demonstrations planned for the start of the Tory conference Sunday.

Kwarteng is due to address the party's grassroots on Monday, before Truss
closes the gathering with the leader's keynote speech on Wednesday.

Although both have ruled out a U-turn on their economic package, they
conceded ground Friday by allowing the Office for Budget Responsibility to
send Kwarteng an initial independent costing score-card of it later next
week.

The conference programme has already been pared back to eliminate some of its
fringe partying following the September 8 death of Queen Elizabeth II -- who
appointed Truss only two days before she died.

Not that there is much to celebrate for the Tories, given their poll ratings,
which have fuelled speculation that Truss could face her own leadership
challenge, or that she may sacrifice Kwarteng.

Many commentators are urging contrition from the duo in Birmingham, to avoid
the kind of doomsday scenario laid out by senior Tory MP Charles Walker.

A general election is not due until January 2025 at the latest. But if one
were held tomorrow, Walker said, "we would cease to exist as a functioning
political party".