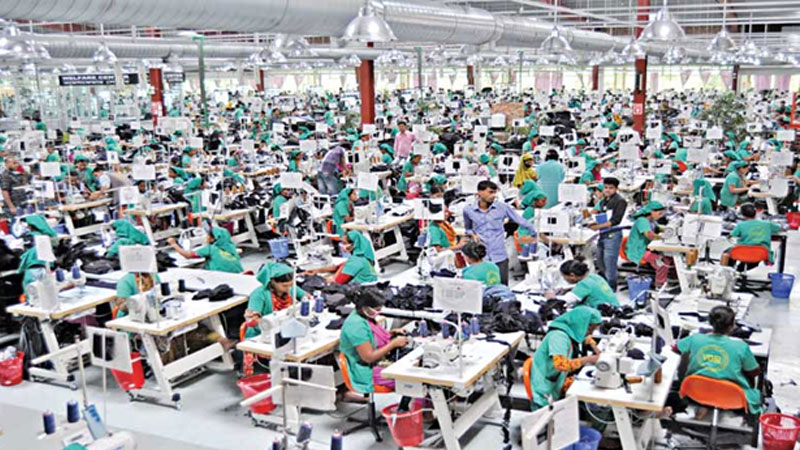 DHAKA, Oct 1, 2022 (BSS) – The export of RMG items to European Union (EU) has witnessed a robust growth of 45 percent during the January-June period of this year compared to the same period last year.

According to data from the Eurostat under the European Commission (EC), the import of RMG items to EU market during that six-month period increased by 25.03 percent on average where China supplied the bulk of the RMG items worth $12.22 billion having a growth of 21.78 percent.

Bangladesh gained the highest growth during that six-month period with 45 percent earning $11.31 billion.

Turkey exported RMG items worth $10.89 billion during that period having a growth of 20.38 percent.

Besides, the export of RMG items to Europe by other Asian countries like Cambodia, Pakistan, Indonesia, and India witnessed 24.90 percent, 40.15 percent, 32.28 percent and 28.64 percent respectively during this six-month period.

Talking to BSS, Bangladesh Garment Manufacturers and Exporters Association (BGMEA) President Faruque Hassan said that the real income of the common people has declined due to the worldwide price hike of essential items.

Despite that, he said, Bangladesh has been able to maintain its healthy export growth of RMG items in Europe till August adding that the growth might be a less over the next three to four months.

He opined that the ongoing Russia-Ukraine conflict, high inflation and interest rate and the fall of Euro against US dollars has pushed up the living cost in EU for which the people there are reducing their expenditure in clothes. “But, the demand for clothes there will rise again after December”, he added.

The BGMEA President mentioned that emphasis is being given to diversify the export of Bangladeshi RMG items to the markets like India, Japan, South Korea and China side by side emphasis is also being given on high-valued diversified and innovative designed RMG items.